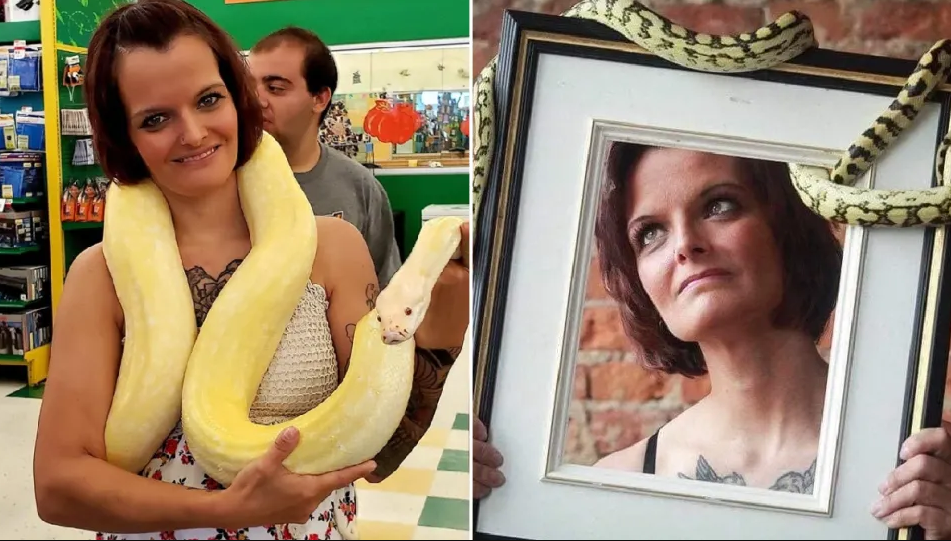 A mother was allegedly strangled to death by a massive eight-foot python in a home filled with 140 snakes, police said.

Laura Hurst, 36, was found dead with the snake wrapped around her neck in a home in Battle Ground, Indiana on Wednesday night, October 30.

The home is reportedly owned by Benton County Sheriff Don Munson and is set up specifically for the snake collection.

According to a statement by Indiana State Police spokesman Sergeant Kim Riley, Hurst kept about 20 of her own snakes in the home and usually visited it twice a week.

Sheriff Munson lives next door to the reptile house and reportedly saw Hurst at the home on Wednesday evening. Riley said a person found Hurst later that night on the floor with a reticulated python loosely wrapped around her neck. Metro UK reports.

“She appears to have been strangled by the snake. We do not know that for a fact until after the autopsy,” Riley told the Journal Courier.

Munson called Hurst’s death a “tragic accident with loss of human life,” adding that he was “being fully cooperative with everybody.”

Authorities said they plan to conduct an autopsy on Friday.