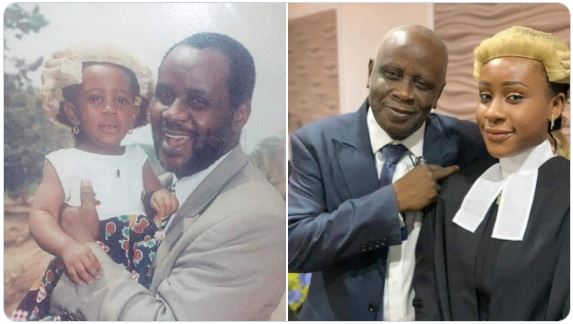 Before and now pictures of the lady and her father

A social media user has warmed up the hearts of members of the online community after sharing the epic throwback photo of a lawyer and her dad, accompanied with a different one that captured them in the present day.

In the throwback photo, the lady who was still a toddler at the time was spotted in her dad’s arm, rocking his lawyer wig.

Well, it appears the universe had been aligning itself in favor of the young lady, as it eventually turned out that she pursued a career in law.

A different slide of the photos shared by the Twitter user showed the little girl of yesterday, all grown and dressed in a complete lawyer attire, striking a pose for the camera with her dad, just like they did several years ago.