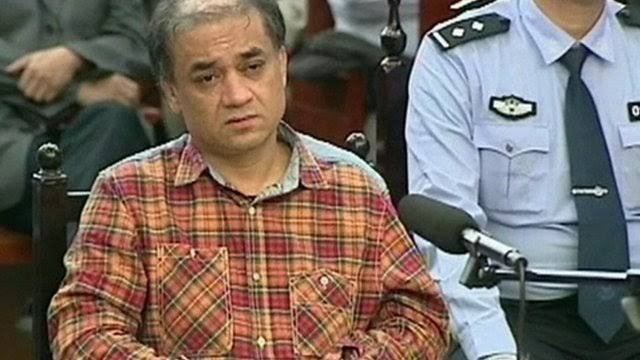 The European Parliament on Thursday awarded the Sakharov Prize for human rights to Uighur intellectual Ilham Tohti, who has been sentenced to life imprisonment in China for “separatism”.

The outspoken former professor of economics at a Beijing university was sentenced in 2014 by Chinese courts in a trial that provoked an outcry from foreign governments and human rights organisations.

European Parliament head David Sassoli urged China to immediately release Ilham Tohti as he announced the award, which was certain to sow diplomatic tensions with Beijing.

“Despite being a voice of moderation and reconciliation, he was sentenced to life in prison following a show trial in 2014,” Sassoli told a plenary session of parliament.

“By awarding this prize, we strongly urge the Chinese government to release Tohti and we call for the respect of minority rights in China”, added the top MEP from Italy.

Tohti, who turns 50 on Friday, in September won another of Europe’s top human rights awards, the Vaclav Havel prize, for “giving the entire Uighur people a voice”.

He “has worked for over 20 years on the situation of the Uighur minority and on fostering inter-ethnic dialogue and understanding in China,” the Council of Europe, Europe’s leading rights body, said after nominating Tohti for the Vaclav Havel prize.

Before his arrest in January 2014, Tohti founded and ran the UighurOnline website, which wrote in Uighur and Chinese about social issues.

He gained prominence as a moderate voice drawing attention to ethnic tensions in the region.

Rights groups and experts say more than one million Uighurs and other mostly Muslim ethnic minorities have been rounded up in internment camps in Xinjiang.

Authorities in the northwestern region have also rolled out an extensive surveillance system combining methods including high-tech facial recognition cameras, wifi sniffers and home visits, according to Human Rights Watch.

Tohti’s website was shut down when he was arrested, according to the Committee to Protect Journalists, a New York-based watchdog.

Tohti had previously been detained in 2009 amid ethnic violence in Xinjiang, after he wrote about Uighurs detained and killed during the unrest, according to Amnesty International.

China initially denied the existence of the camps, but now says they are “vocational training schools” necessary to combat terrorism.

An AFP investigation of over 1,500 government documents last year found that the camps were run more like jails than schools, with tasers and tear gas among the equipment supplied to the camps.

China had slammed the Council of Europe after it nominated Tohti in August for the Vaclav Havel prize, which was also awarded to a rights group from the Balkans.

He has also been nominated by US lawmakers for the Nobel Peace Prize, amid growing scrutiny of China’s treatment of the Uighurs.

The United States announced this month that it was blacklisting 28 Chinese entities connected to repressive policies in Xinjiang, and that it would curb visas for Chinese officials involved in the “detention or abuse” of Uighurs, Kazakhs or members of other minorities in the region.