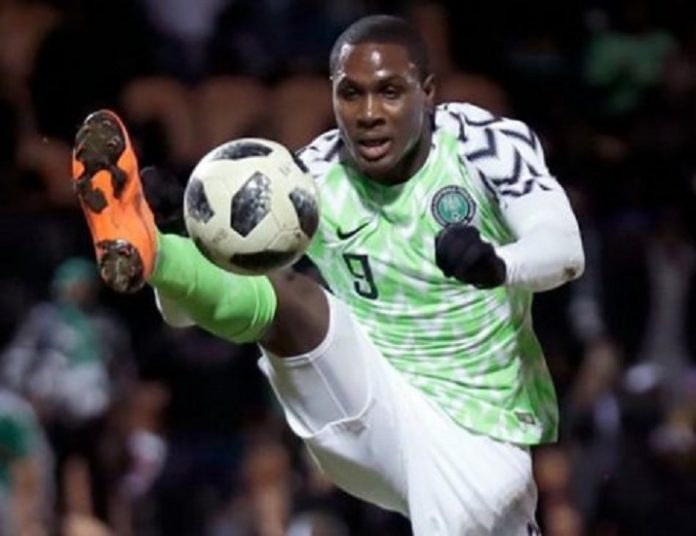 Ex -Super Eagles player and Shanghai Shenhua Highest goal scorer, as well bronze medalist winner of the last edition of the AFCON tournament , Odion Ighalo, is back to finding the back of the net after an injury that sidelined him for many weeks, National Daily learnt .

The retired Super Eagles striker is back to the business of scoring goals after a long-term injury as Shanghai Shenhua won 2-1 at home against Dalian Yifang with Ighalo scoring at the 38th minute to secure all 3 points of the match for his team.

National Daily gathered that Ighalo has now scored his 8th goal in 13 appearances and his club has now climbed to 11th on the Chinese Super League.

The former Granada of Spain striker has been a proven goal scorer in all the clubs he has played for.

Recall that he was the highest goal scorer of his former club before joining current club Shanghai Shenhua of China. Going by his track record, one can only conclude that this is just the beginning of goals to come at Shanghai Shenhua.