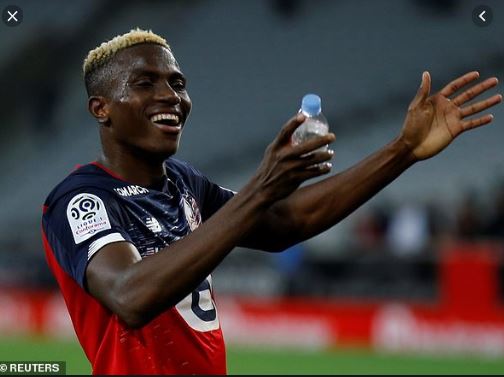 The international break is over with Super Eagles stars returning to club duties after their high-profile friendly draw against Brazil in Singapore last Sunday.

With club football resuming, here are some of the Eagles to watch out for across Europe’s topflight leagues on Saturday (today):

Recently-crowned best player in France for September, Osimhen will lead the charge for Lille as they seek their first away win of the season in the French Ligue 1 when they visit Toulouse. Osimhen is yet to score an away goal this season despite scoring eight goals in 11 appearances.

Simon was the hero for Nantes last time out, scoring from a header in the 86th minute to sink Nice before the international break. The forward will be hoping to pick up from where he stopped when Nantes travel to Metz on Saturday (today). Simon, who is on loan from La Liga side Levante, has scored two goals in seven games for the club.

Everton have had a poor run of form, losing their last four games in the EPL, but will be hoping to turn things around when they welcome West Ham United. Iwobi will aim to justify the £34m spent on him in the summer with a better performance against the Hammers. Iwobi has scored two goals in eight appearances for the Toffees in all competitions.

Having scored the exact number of goals (two) in seven games as he did in 40 games in the 2018/19 league season, Ndidi will once again be called upon by Brendan Rodgers to anchor Leicester’s midfield when they welcome in-form Burnley to the King Power Stadium. Ndidi has been vital to Leicester’s form this season.

Ajayi’s West Brom currently top the table in the Championship and were unbeaten in nine games before losing 1-0 at Leeds. The team bounced back just before the break with a 4-2 win over Cardiff City. Ajayi has been instrumental to the team, playing every minute of their games so far. The defender has found the net twice in 11 appearances.

Stoke City won their first game of the season just before the international break, coming from a goal down to beat Swansea City 2-1 away from home. Etebo was on for the entire duration of the game. The midfielder is yet to score this season while The Potters sit bottom of the Championship table.

Super Eagle defenders Awaziem and Omeruo will be hoping to help Leganes record their first league win of the season when they visit Getafe on Saturday. The Madrid-based side are currently bottom of the log and are yet to record a win this season. Omeruo, who missed the Eagles international friendly tie against Brazil due to injury, is back and will target his sixth appearance of the season.

Nigerian forwards Onuachu and Odey will be hoping to taste action when defending champions Genk visit Standard Liege on Saturday. Onuachu will be the man to watch out for having scored four goals in four league appearances. The forward has scored five goals in seven games for the club and will be hoping to increase his tally against Liege. 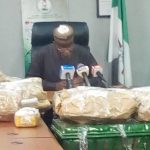