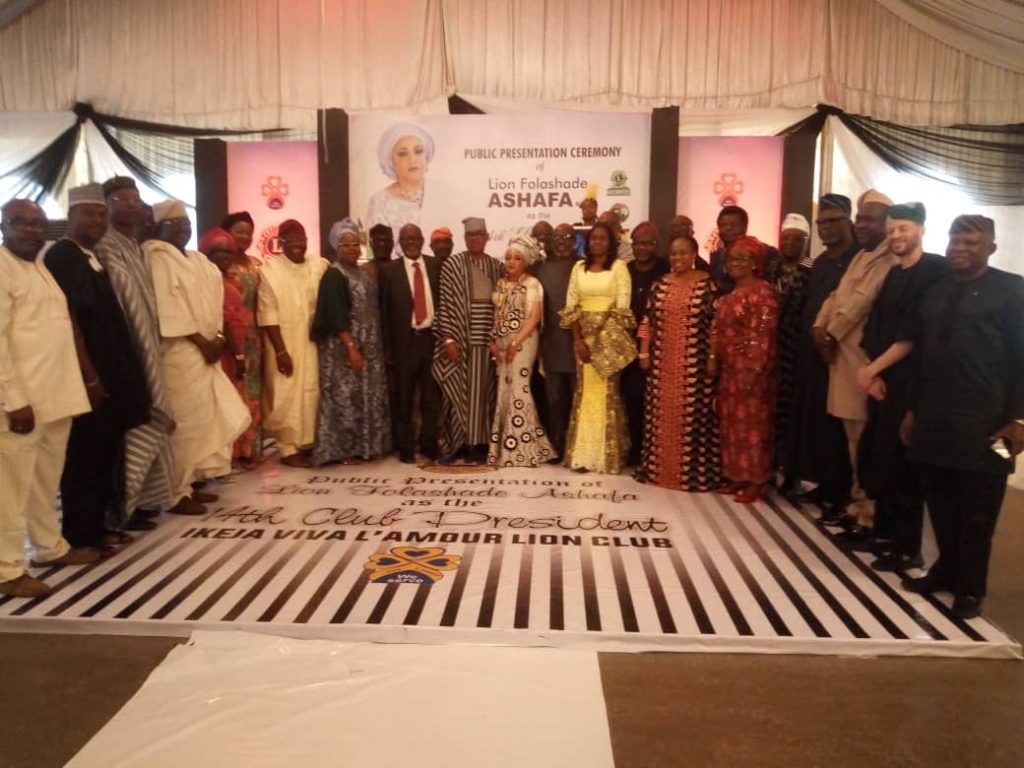 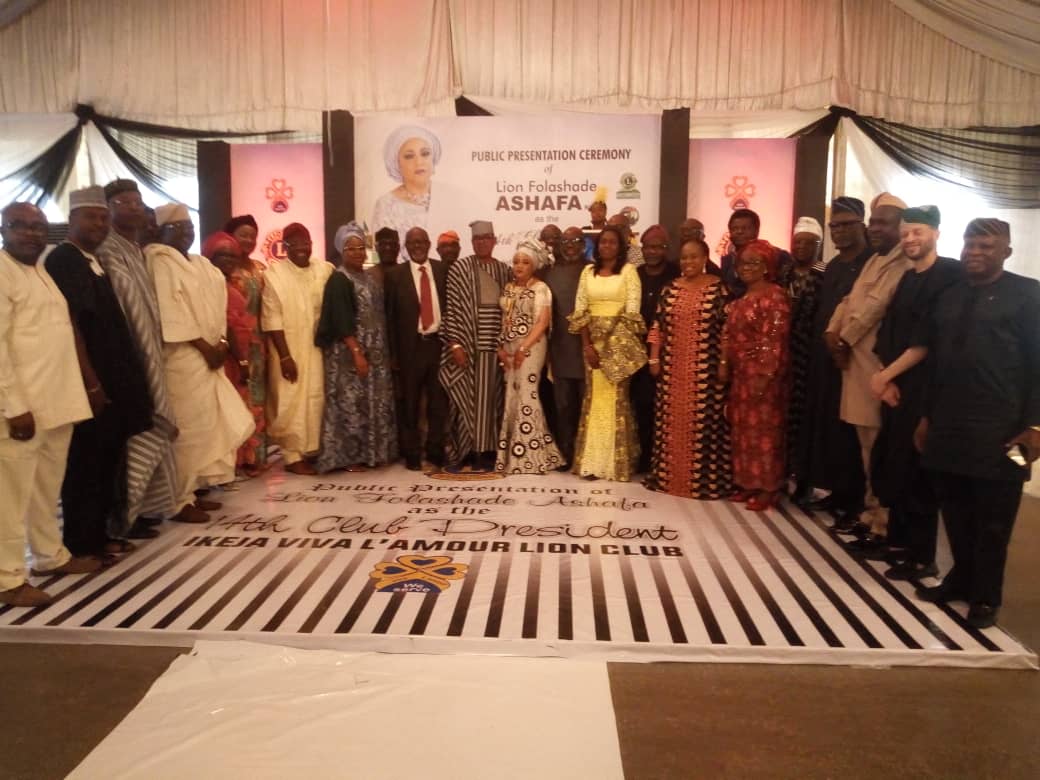 The 14th President of Ikeja Viva L’amour Lions Club, Lion Folashade Ashafa has charged well meaning Nigerian women to be more concerned about using their substance to address the plights of the indigent children.

Wife of Senator Olugbenga Ashafa, who was newly installed President of the club made this call while setting the agenda for her one year tenured leadership,having taken on the baton from her predecessor, Lion Schola Onyeyiri.

Lion Ashafa said that her tenure as leader on eye defects,through various surgical operations, raise support for Paediatric Cancer,youth empowerment, hunger relief in the community,environment intervention through tree planting and beautification,free diabetes screening for school children amongst others.

“Nigerian women I urge us all to come together and give back to humanity, women do it better because we have the compassion to do it and in Viva L’amour we serve with love and passion,so whatever it is we give,we give it heartily with love that is the meaning the club’s name in French.

“We are going to take care of the eye,that is the core project in Lionism we are known to do surgeries, cataract anything that has to do with the eye,but in my own tenure, I am centering on Children.
“What I will do for the adults will be maybe like eye screening and giving of glasses to them but children are really the main focus.
“The less privileged children that can’t afford it, the cataract surgery we are doing for about two children because it is so expensive.
Commenting on the impact of women in nation building, Mrs Folashade Ashafa said if given the chance,women will do better.
“Nigerian women have always been there,we are at the foremost,we have always been there playing it to the best and if given more chance we will do it better,I believe so.” Lion Ashafa reiterates.

The Chairman of the event, Mr. Akinyele Oladeji Managing Consultant, CSDC Consulting in his welcome address gave a succinct statistics of health issues confronting Nigerians for which the Lions club can promptly intervene.

Speaking with newsmen,Oladeji elucidated further that Nigerians are worse off regarding cataract and river blindness treatment as quackery is also taking its toll on the people.

“The statistics is made worse by the fact that fifty percent of those who even have surgery at all, patronize traditional butchers, the Mallams by the road sides that goes about brandishing very very awesome credentials that they can make you see better than light and this now goes to contribute more into the blindness of our people.
“River blindness is another major source and impediment to patients probably we have 120millon people suffering from one form of river blindness or the other.
“41million of that particular group is said to be in Africa and 1.7million people in Nigeria in 40,000 communities are affected by one form of River blindness or the other. So that is to say that the intervention of the Lions Club in the area of vision is very very apt.”

Oladeji also hinted that women if empowered will help reduce poverty to the barest minimum in the society, noting that 90percent of our informal sector is peopled by the women and if encouraged the problem is nearly solved.

The Guest Speaker Lion Isiaq Kayode Oshinuga SVDG District 404B-2,Nigeria noted that he was elated been part of those who charted the course of the Club 14years ago, stating that the newly installed President should raise the bar of service to humanity.

Lion Wesley Kafidiya, the District Governor 404B-2 Nigeria in his remarks task Lion Ashafa to expand service to cater for the needs of neighbours and help strengthen the club more than before.

Mr Tosin Ashafa son of the newly installed President while speaking with new men, pledge his total support to her mum in ensuring her tenure was successful. He hinted that his mum has a heart of gold which makes her feel the plights of the less privileged and take action to give them succour.

The Lagos State Head of Service,Hakeem Murhi -Okunola also spoke glowingly about the newly installed President citing her charitable qualities as the key factor for which she must have been chosen. 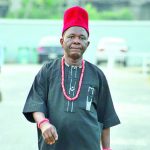 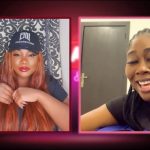