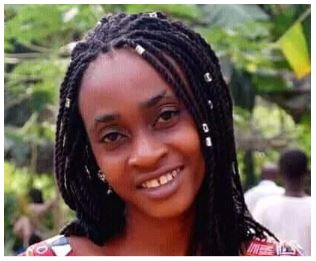 A female journalist identified as Ekere based in Akwa Ibom state has reportedly been thrown into jail for allegedly taking photos of task force officials who raided a relaxation spot on Monday September 16th.

Ekere who covers the Akwa Ibom State House of Assembly for The Post, a local newspaper in the state, was said to be walking past a popular recreational spot called Ibom Plaza, in Uyo, the state capital, when she saw officials of Akwa Ibom government task force raiding the spot.

Premiumtimes reports that she decided to take some snapshots of their operations when she was arrested.

“They were on illegal operation, obviously. So, they arrested her for taking the photos, pushed her into their vehicle, and then threw her into jail just like that. The task force is under the state government’s Environmental & Waste Management Agency headed by a man named Prince Ikim. The journalist was arrested on Monday around 12:30 p.m. and later remanded in the Uyo prisons the same day” Ekere’s boss, Gideon Ekere, said.

Ekere, wearing prisons uniform, was taken to a sanitation court on Tuesday morning September 17th. She was granted bail but was not released as the Magistrate left office without signing her bail agreement.