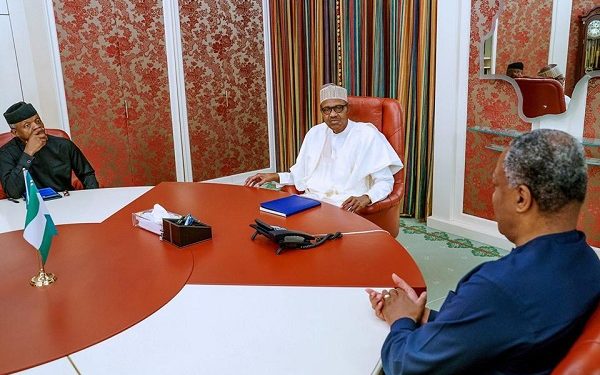 According to a report by The Nation, Nigeria has boycotted the World Economic Forum (WEF) on Africa 2019 taking Cape Town, South Africa following Xenophobic attacks against its citizens in the last one week.

The Forum, which kicked off on Wednesday, had no Nigerian delegation in attendance.

Other African countries also joined Nigeria in boycotting the event.

Some of the other African countries that have pulled out of WEF are Rwanda, Malawi and DR Congo.

As at the time of filing this report, President Muhammadu Buhari and Vice President Yemi Osinbajo were meeting with the Minister of Foreign Affairs, Geoffrey Onyeama to discuss next step on Xenophobic attacks against Nigerians in South Africa.

They are exploring possible options, including sanctions against the South African government.

The government is also deliberating over possible actions from within after some Nigerians carried out reprisal attacks against South African businesses in Nigeria, including attacks on one of Africa’s largest food retailer, Shoprite and telecoms giant, MTN, forcing the organisations to scale down operations.

“President Muhammadu Buhari and Vice President Yemi Osinbajo have taken hands-on approach in resolving the Xenophobia issue with South Africa but they want everything done diplomatically,” a source in the Presidency said.

“The boycott of WEF is another strong statement to the South African government and people because the Buhari administration will not stand and fold its arms after attack on any Nigerian citizen. This is the right step in the right direction.”