For a while now, Burna Boy has been teasing the release of his game-changing studio album, African Giant. Well, after a string of undeniable singles, the highly-anticipated project is finally here, stacked with impressive guest acts like Future, Angeliqué Kidjo and Jorja Smith.

The afro-fusion star has definitely capitalised on all the attention he’s been getting for the past year, making this album’s release very timely. Given the groundbreaking quality of his 2018 mixtape, Outside, fans were expecting another masterpiece, and he certainly delivered.

Burna Boy’s sound has always been malleable, affording him the flexibility to work with a wide range of artists. We’ve seen this in his previous collaborations — from Fall Out Boy’s “Sunshine Riptide” to Lily Allen’s “Your Choice” — and he plays to this strength throughout African Giant.

So, while his carefully enlisted roster of guest acts all fit in seamlessly — especially Angelique Kidjo, Future and Serani — Burna Boy still manages to do his best work solo, with the immediate standouts being “African Giant”, “Omo”, “Pull Up”, “Collateral Damage” and “Spiritual.

With particularly great production work from the likes of Skrillex and Kel P, Burna Boy strikes a good balance with this album, showing off his versatility and earning the project’s grand title. If there was ever any doubt that Burna Boy reigns supreme, this album has squashed it. 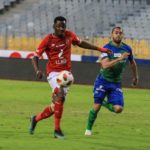 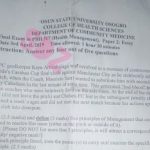 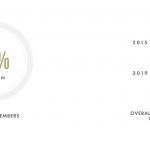 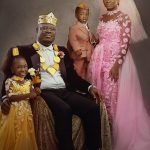