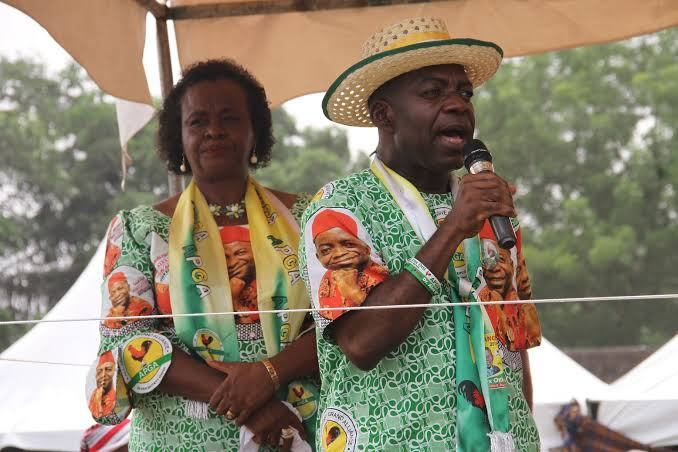 The SWC made this known in a statement signed by the State Chairman, Rev Augustine Ehiemere, and the State Secretary, Elder Sunday Onukwubiri, at the party’s office in Umuahia, the Abia State capital, and which was also copied to members of the National Working Committee of the party, INEC and security agencies in the state.

The party disclosed that the grounds for the suspension include that Dr Alex Otti’s ‘ABIA FIRST’ political group was equipped and set up for the sole purpose of using same to display political force, harass party officers, create divisions in the party and also for the promotion of his selfish and personal political objectives against the interest of the party.

In the document made available to newsmen, the SWC resolved as follows:

READ ALSO THE MANY LESSONS OF THE BUHARI PRESIDENCY By Charles Ogbu
1. That Dr Alex Otti is hereby suspended indefinitely from the party (APGA) with immediate effect pending the hearing and determination of his case by a disciplinary committee to be set up by the party in the state.

2. That the public and institutions should take note of this development and desist forthwith from having any dealings with Dr Alex Otti in any capacity as an APGA member and/or as representing APGA in any capacity in Abia State or elsewhere.

Otti was also accused of indulging in illegal and unconstitutional activities which have already undermined the principle of party supremacy, insubordination to party leadership, proceeding to the election tribunal in the name of APGA without the consent and approval of the party, sponsorship of media outbursts on social, print and electronic media against the party leadership in the state and at national level as well as other anti party activities which have also led to divisions in the party.

READ ALSO Shi’ite Muslims Violent Protest: Police Initiates Measures to Contain Further Breakdown
According to another document obtained from a member of the SWC, Otti allegedly sponsored the invasion of the party’s office in Umuahia by hoodlums, flagrantly disobeyed party constitution and decisions contrary to the constitution of the party as well as displayed bad leadership qualities and engaged in impunity which has thrown the party into crises.