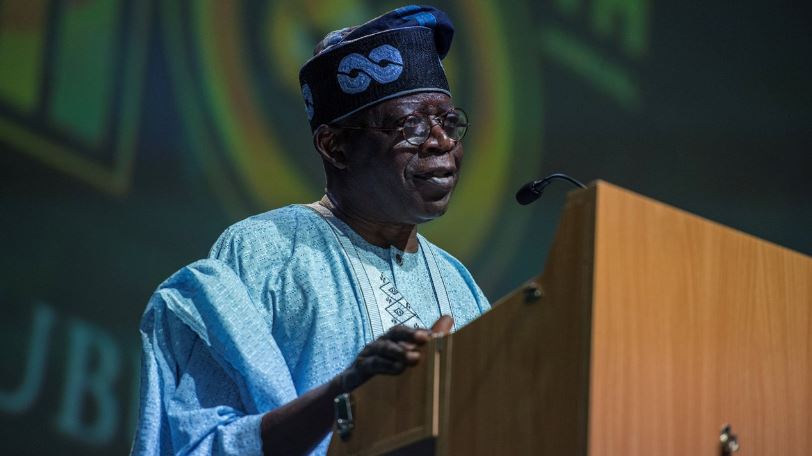 Asiwaja Bola Ahmed Tinubu, a National Leader of the All Progressives Congress, APC, has reacted to insinuations of him contesting for the presidency in 2023.

Tinubu distanced himself from reports of him running for the highest political office in the country in 2023.

He made this known while renouncing a group known as “Asiwaju Reloaded Ambassadors’ Nigeria’.

The group made face caps, T-shirts, leaflet carrying his pictures embossed on them with the message “Tinubu 2023.”

However, in a series of tweets denied the group and its materials in circulation.

Tinubu’s denial was contained in a series of tweets signed by his Media Office and posted on his official Twitter handle.

“We have seen pictures of face caps, T shirts, shirts and even leaflets with Bola Tinubu 2023 embossed on them purportedly by a faceless group which christened itself ‘Asiwaju Reloaded Ambassadors’ Nigeria’.

“Neither the group nor its souvenirs are known to Asiwaju Bola Tinubu.

“We hereby, through this medium, categorically deny any knowledge of the group and dissociates Asiwaju Tinubu from the group’s unsolicited and unwarranted materials,” the tweet reads.