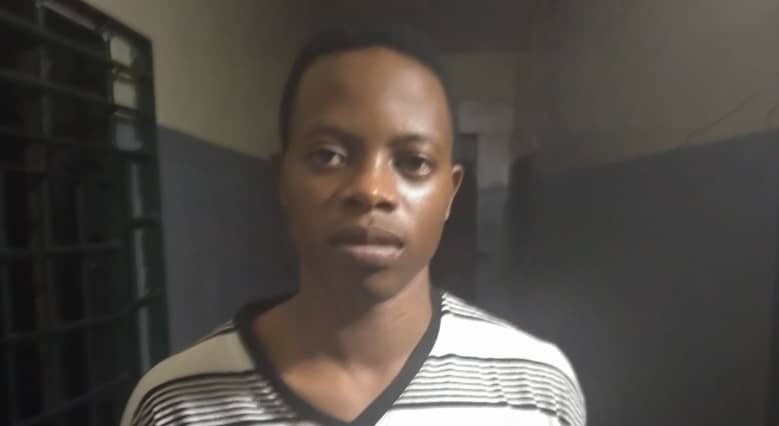 Anani confessed to the court that he stabbed Chief Bademosi to death in his Ikoyi, Lagos home, while trying to rob him.

He also confirmed that he was the person caught on Closed Circuit Television (CCTV) fleeing the scene of the crime, after the murder.

Anani was originally arraigned on a two-count charge of murder and armed robbery which could have fetched him a sentence of death by hanging on conviction, but he struck a plea bargain deal with the Lagos State Government soon after the trial commenced.

The agreement, which followed consultation with his counsel, the Director of the Office of the Public Defender (OPD), Mrs Aderenra Adeyemi, allowed him to admit the lesser charge of manslaughter.

Before sentencing Anani, Justice Okikiolu-Ighile asked Mrs Adeyemi if the cook, who spoke only French, had an allocutus .

Allocutus is a plea made in criminal trials in order to mitigate the sentence or punishment on a convicted person.

Adeyemi said: ” The defendant is a young man and he is remorseful about what he has done. He is a first time offender; there is no evidence that he committed any crime before this. Our humble application is to urge your lordship to grant a sentence of years certain. However, if my lordship is mindful of upholding what we have agreed in the plea bargain, we will accept the sentence therein.”

Shitta-Bey said: “We urge this court to grant the maximum sentence for the offence of voluntary manslaughter act as charged.”

She noted that there were some “special,” “aggravating circumstances” surrounding the case, such as breach of trust

Shitta-Bey said: “The defendant was employed into the home of his boss, entrusted with a high level of responsibilities as a cook.

“Barely three days after resumption of duty, the defendant cut short the life of a man that gave him a new lease of life, depriving him the privilege of enjoying life with his wife and children, which the deceased was entitled to.

“Judicial notice must be taken of the fact that this act of violence by domestic employees against their employers is becoming rampant.

“The sentence must reflect that this conduct is unacceptable to our society. We must send the message to others of like minds like the defendant.”

“It is even more painful that the defendant had no motive of working but came into the house with a criminal intention to steal, to kill and to destroy.

“The defendant admitted ‘I killed him.’ This was an innocent and unsuspecting family.”

Upholding the plea bargain and sentence agreement, the judge held: “Sunday Adefonou Anani, defendant of this court, is hereby sentenced to life imprisonment. The term of imprisonment shall commence from today (yesterday) June 25.”

During the trial, the Lagos State Government told the court that Anani, last October 31 at 3B, Onikoyi Lane, Parkview Estate, Ikoyi, Lagos, unlawfully killed Bademosi by stabbing him with a knife on his chest.

Shitta-Bey said the Police arrested Anani in Ondo State, he was brought back to Lagos and admitted to stabbing the deceased (Bademosi) with a kitchen knife.

“Investigation also revealed through CCTV footage that the defendant escaped from the premises and ran towards the end of the street.”

She added that the defendant was charged with the offences of Murder and Armed Robbery contrary to Sections 223 and 297 (2) (b) of the Criminal Law of Lagos State, 2015 at an Igbosere Magistrates’ Court which remanded him on November 12, 2018.

On April 10, 2019, he was subsequently charged for the Bademosi’s murder at the High Court.

Shitta-Bey added: “By a letter dated May 20, the defendant through his counsel expressed his willingness to voluntarily plead guilty to a lesser offence, which was thereafter accepted.

She also called two witnesses, including the deceased’s wife Ebunola Bademosi, who testified as to how she found her husband in a pool of blood.

Mrs Bademosi said: “I entered the apartment. By the time I got in, I looked up and saw blood flowing out of my husband’s bedroom. I couldn’t enter my husband’s bedroom because the door was only partially open, but I could see his body lying on the floor. I wasn’t sure of what could be happening inside the bedroom, so, I ran out of the building and started screaming, calling neighbours to help. A couple of people came. I told them to go up and check that something was happening, that I didn’t know what exactly it was”. 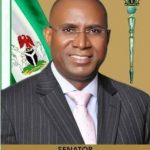