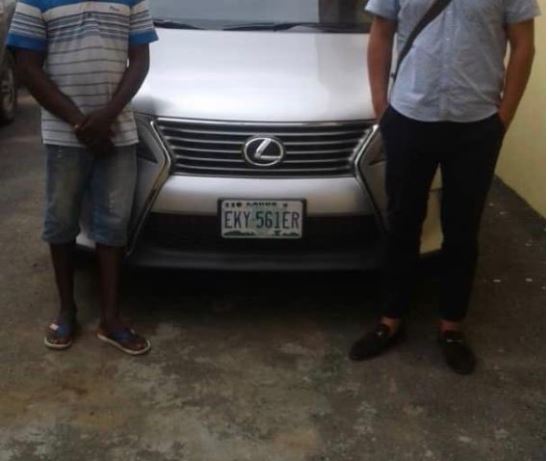 The drivers of the cars apprehended by RRS officers on patrol along Opebi Road driving against traffic.

The two traffic offenders were arrested by officers of Rapid Response Squad on patrol along Opebi Road on Wednesday.

They were later transferred to Lagos State Task Force and were charged to court, where the order of forfeiture was given on Thursday.