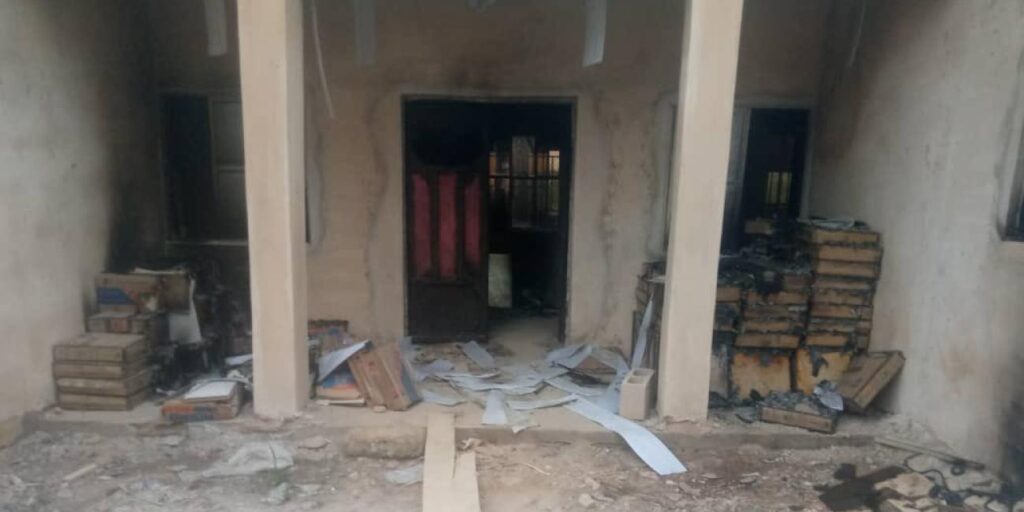 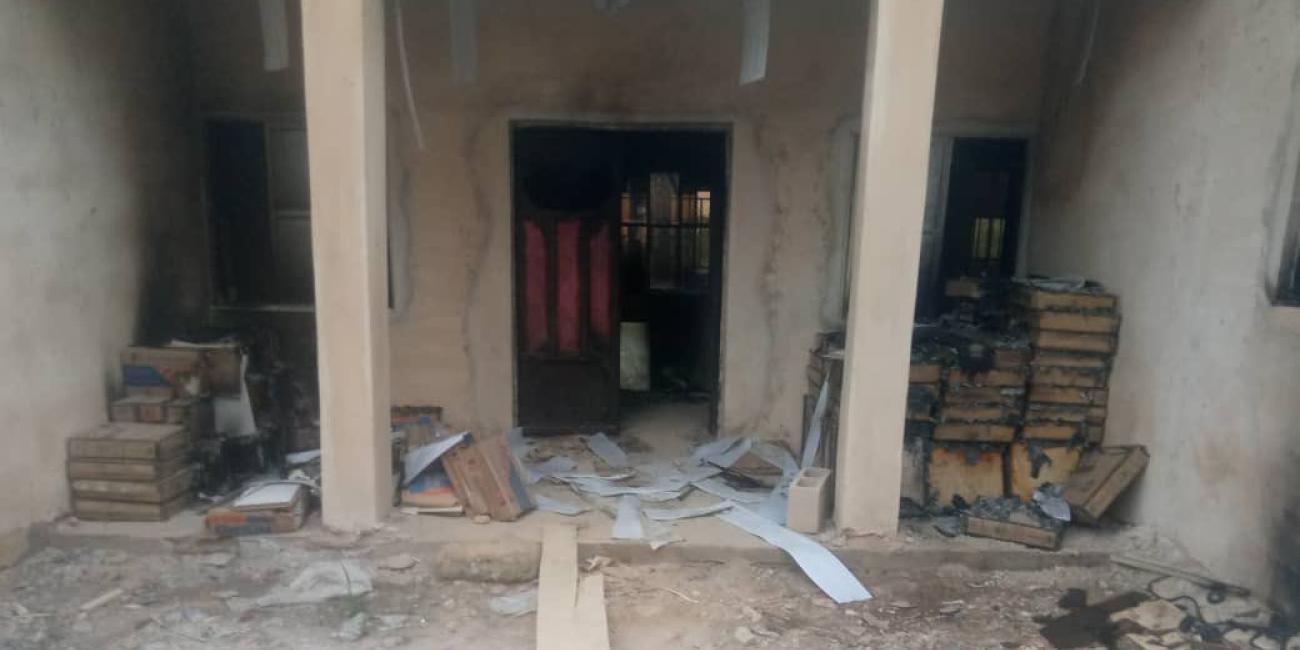 The Nigeria Police Force, Imo State command, has opened up on the attack on an INEC office in the state.

The police narrated how its men engaged militants in a gun battle at one of the offices of the Independent National Electoral Commission (INEC) in the state.

According to CSP Mike Abattam, the Command’s spokesman, gunmen suspected to be members of the Indigenous People of Biafra (IPOB) and its armed affiliate, Eastern Security Network (ESN), stormed the electoral office in Orlu Local Government Area of the state.

But in a statement, Abattam said the militants were prevented from burning down the entire INEC building.

“They threw Improvised Explosive Devices (IEDs) into the office from outside the fence and shot sporadically, fighting their way into the office but were repelled by the Imo Police Command’s Tactical Teams.”

“The police operatives who positioned themselves strategically and professionally, engaged the hoodlums in a gun duel and in the process, they were suppressed, having suffered a huge defeat, with a number of them sustaining varying degrees of bullet wounds. They later retreated into their vehicles and zoomed off, but were given a hot chase by the operatives.

“In the course of the foiled attack, no life was lost and no arms/ammunition were carted away. The INEC main building was not affected by the explosives. Only minor damage was done on the security post caused by the fire from the explosives which were put off immediately by the police operatives.”

Abattam, however, assured that investigation was ongoing and that efforts were on top gear to arrest the fleeing suspects since, they could not go far because of the volume of blood stains seen on the ground after their escape.

He said the Commissioner of Police, CP Mohammed Ahmed Barde, later commended the officers and men for their gallantry and urged them not to relent in their efforts until all criminal elements and their partners were apprehended and made to face the full weight of the law.

He also appealed to Imo residents for their continuous support and collaboration by giving security agencies, especially the Police, credible and timely information and to report any person seen treating bullet wounds or hiding within their communities to the police.

INEC offices have been targeted by arsonists in the buildup to the 2023 election.