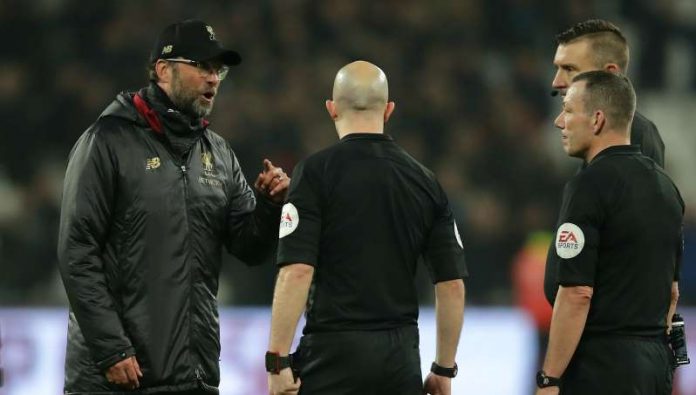 Defeat at Anfield in mid-December proved to be the final straw for the United hierarchy as Mourinho was sacked, with Solskjaer taking charge on an interim basis until the end of the season.

The Norwegian has presided over a remarkable transformation since then, winning 11 of his 13 fixtures in charge, catapulting United back into contention for a top-four Premier League finish.

Solskjaer’s only blemish came with a 2-0 loss against Paris St Germain at Old Trafford in the first leg of their Champions League last-16 encounter earlier this month, leaving him the firm favourite to take over full-time, according to Klopp.

Ahead of Liverpool’s trip to United this weekend, Klopp said: “He has the quality and he had the luck in the right moment, he’s in charge and there is no doubt that he will be the manager next year as well, that’s clear.

“Can you imagine one situation when they say ‘We are bringing in another manager’? Then a new manager will lose one game and that’s not possible.

“He deserves that 100 per cent. He did everything that you have to do to be successful with them.

“The way they play is obviously different. Everything what I could say now is people make a story that it sounds like I’m disrespectful towards Jose Mourinho and there’s no reason for that because he’s an outstanding manager.

“It looked like in the end they had a difficult time together and they found a solution for them to improve the situation and that obviously worked out since Ole is there.

“Sometimes that’s how it is, you need some changes and in football it’s very often the manager. In this case obviously, it helped.”

Solskjaer’s previous managerial experience before taking the reins had come at his native Molde either side of an ill-fated stint at Cardiff.

Yet Klopp pointed out that experience has to be earned and that Solskjaer, as a former United striker, has taken advantage of his opportunity.

Klopp added: “We all need luck in our life and managerial careers. When I went from Mainz to Dortmund, people said I had no international experience – that was true.

“But it’s not something you can buy or whatever, you have to make it.

“But if you get the chance, you have to use it and of course he’s showed everything that you need together with his coaches, they have made a few smart decisions. It worked out.”

“They are full of confidence. We will go there and try everything to get a result there. You never know, two strong teams will face each other. It’s open until the final whistle.”

Klopp was speaking a day on from being fined £45,000 by the Football Association for comments made about referee Kevin Friend following a draw with West Ham earlier this month.

Asked for his reaction, the German added: “I will not make any comments about that because comments are pretty expensive.”