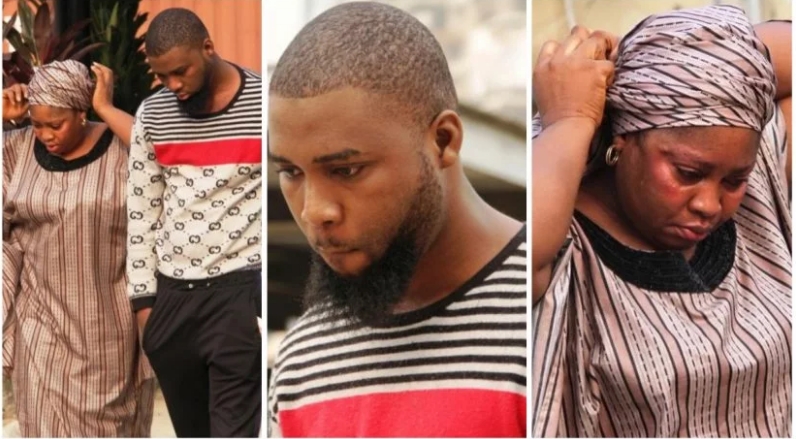 The Federal High Court in Lagos has sentenced Mrs Damilola Ahmed Adeyeri and her son, Alaba Kareem Adeyeri, to 12 years’ imprisonment each for duping an American of $82,570, about N29.9 million.

Justice Chukwujekwu Aneke convicted the duo following their plea of guilty to four counts of “fraudulent trick business email compromise” during their arraignment by the Economic and Financial Crimes Commission (EFCC) on Tuesday.

The convicts were arrested following a petition from the US Federal Bureau of Investigation (FBI) against Damilola Adeyeri and others now at large on an alleged case of conspiracy, obtaining under false pretence, money laundering and computer-related fraud.

EFCC counsel, Bilikisu Buhari, told the court that the mother and son conspired with one Kareem Russell, still at large, to defraud the Chief Executive Officer (CEO) of American Cranes Manufacturing Company off $82, 570. 00.

He told the court that the petitioner reported that there was a syndicate of fraudsters who defrauded many companies through business email compromise and obtained millions of dollars from American citizens.

Idi further revealed that Damilola was arrested on September 6, 2019, after which his mother was apprehended when she went to withdraw money from the bank upon hearing that EFCC was investigating her son.

He said Damilola’s mother bought properties in the name of her son with the money made from the fraud.

He also told the court that the sums stolen by the convicts were used to acquire properties in choice areas of Lagos, and some cash were found in their accounts.

After the charges were read to the convicts, they pleaded guilty to the four-count charge of conspiracy and obtaining money under false pretences.

Before sentencing, the prosecutor pushed for the judge to apply the maximum sentence possible on the convicts to serve as a deterrent.

Responding, Justice Aneke agreed that although the convicts immediately admitted guilt and showed remorse, he had a duty to apply punishment in accordance with the law to serve as a deterrent to others.

But he said he would temper justice with mercy because the convicts, by pleading guilty immediately, had saved the court’s time.

The judge further ordered that all the properties and monies recovered from the convicts be forfeited to the Federal Government and upon applications by the victims, be restituted to them.

Meanwhile, a Nigerian man and two others have been arrMested for faking a kidnapping deal to collect N1million from one Ugo Emeka, said to be living in US.