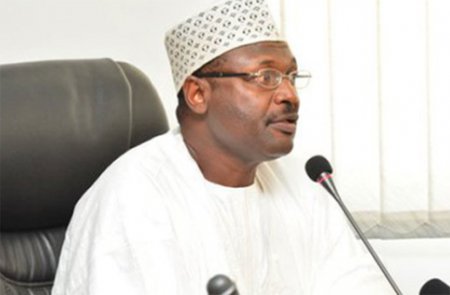 Contrary to insinuations, a report on the 2019 general elections yesterday scored the Independent National Electoral Commission (INEC) high for asserting its independence and conducting free, fair and credible polls.

It, however, blamed politicians for failing the electorate through brazen acts of vote buying, violent attacks on perceived opponents, intimidation and abduction of INEC officials.

It said that out of about 72 million Nigerians who collected the permanent voters’ cards, only about 25million voters(37.5 per cent) turned out.

It attributed the voter apathy to the failure of the political class to deliver on their electoral promises and hate speeches.

The report was unveiled by a coalition of civil society groups under the aegis of the Centre for Transparency and Advocacy(CTA).

The session was attended by some INEC National Commissioners, Malam Mohammed Haruna and Mrs. May Agbamuche-Mbu, scholars, leaders of observers groups and the Resident Electoral Commissioner for Enugu State, Mr Emeka Ononamadu.

The report said in part: “We must commend the leadership of Prof. Mahmood Yakubu, who even in difficult situation for the Nigerian people, ensured most INEC staff acted appropriately and did their job admirably.

“There is no doubt that the present INEC under Yakubu invested heavily in producing a free and fair election.

“INEC proved quite independent in the way and manner it responded to the unexpected challenges throw its way by the political class.”

“We saw how it bravely prevented the ruling party from fielding candidates in states in its determination to follow the rules no matter whose was gored. Eventually, its actions were vindicated by the courts.”

The CTA report, however, claimed that politicians failed Nigerians during the general elections.

It added: ”The politicians, their agents and thugs constituted the greatest menace in the conduct of the 2019 general elections. From brazen acts of vote buying, violent attacks on perceived opponents, intimidation and abduction of INEC officials, snatching and destruction of ballot boxes and papers to burning up of INEC offices and electoral materials in Plateau, Anambra, Akwa Ibom, Imo, Benue and Abia states, the political parties and politicians showed their desperation for power.

“The resultant loss of lives and property in such places as Lagos, Rivers, Kogi, Plateau and so on and the widespread violence that these were recorded by our observers as perpetrated by politicians and their thugs.

“The recruitment of thugs by the political class from one part of the country to another before the elections evidenced by the arrest of young men travelling en masse at Uyo was as never seen in the history of our elections.

“The violence that followed the elections was as a result of the hate speeches by the political class at campaigns and the conduct some of the party primaries ended in violence.

“Most political party agents seen on the field did not have proper identification tags from INEC, the parties printed their own tags for their agents. It has become a recurrent problem of the political parties not following the guidelines for party agents’ accreditation.

”What happens when politicians suborn state institutions to sabotage INEC and its carefully laid out plans and preparations at the last minute, which was exactly what happened leading to the

postponement of the Presidential and National Assembly election that was supposed to be held on Saturday, February, 16 2019?

“Some ad-hoc staff became suborned by politicians, considering that they are not permanent staff of the Commission and with a lot of them susceptible to the temptation of immediate gratification for a day’s work without consideration for the consequences,”

The Acting Executive Secretary of the Centre for Transparency Advocacy, Ms Faith Nwadishi, said INEC was fair to all by asserting its independence.

She said the electoral umpire resisted last-minute attempts to sabotage its preparations by some members of the political class and elements of state institutions.

She said: “One of the most remarkable themes of the past four years of INEC under Professor Yakubu has been how it has tried to show its independence in the way and manner it goes about exercising its mandate, despite the intense pressure from the political class.

“But the most glaring evidence of INEC’s independence was how it reacted to the last-minute attempts to sabotage its preparations by some members of the political class and elements of state institutions that were supposed to help INEC with logistics for the election.

“ This was a high-level conspiracy to force INEC to hold staggered elections because those behind the plot felt this would give them a better opportunity to manipulate the electoral outcome.

“These acts of sabotage, which included the burning of INEC offices, destruction of sensitive and non-sensitive electoral materials and non-delivery of same had the nation on tenterhooks.

“But INEC weathered that storm admirably without budging. It postponed the election by a week and in that period it fixed all that was destroyed before going ahead with the election.

“Of course, we did not expect that the political class would accept INEC’s exercise of its independence without a fight, but what shocked Nigerians was the extent they could go to undermine INEC.

“The brazen manner the security services were used, to intimidate INEC officials in their offices and on the field, was terrible. Yet, INEC officials nationwide refused to be intimidated by threats and violence unleashed on its officials and ad-hoc staff. Indeed,

“ INEC’s brave conduct may have saved our nation from conflagration because it was obvious that elements of the political class, including elements of the ruling class, were bent on mayhem if they didn’t get their way.

“The election has many heroes. The greatest of these heroes are the Nigerian people who initially showed great enthusiasm for the election until their spirits were dampened by the disgraceful conduct of politicians and elements of the security services and the military in the Presidential and National Assembly election.

“We salute them for their patience and commitment to stick with the democratic process despite the provocation.

“The other heroes worth mentioning today are some Resident Electoral Commissioners who unflinchingly committed to the task of delivering a free and fair election in areas under their authority in the face of the challenges thrown at them.

“Of course, these men are not the only Resident Electoral Officers deserving of praise, but we are using them as examples of the type of service we need in the management of elections in Nigeria. We salute them and their colleagues that acted to protect the people’s mandate by ensuring their true voice is heard.” 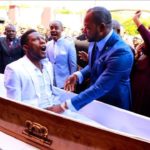 Saliva Is Not A Lubricant, Do Not Use It During Sexual Intercourse – Doctor Warns 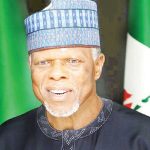