Finally! Man found this in his backyard

A Breath Of Fresh Air

As we’ve read, John’s work as a firefighter made him very aware of the danger of tight, enclosed spaces. Mold and gas leaks were a major concern in the 50-year-old structure he was about to enter.

John and his friends placed a pipe in the entryway. It would funnel fresh air down into the space, making things that much safer when they finally got to go in. It was almost time for everyone to see the secret that had long been hidden in John’s backyard.

Unfortunately, John and his friends weren’t able to repair that rusty spiral staircase yet – they’d have to be fixed from within the space. It was too risky to put any weight on the steps, since no one knew how sturdy they might be. So how would people descend into the space safely?

John had the solution. He got a tall ladder and securely placed it in the entryway. He was finally going to learn what was down there.

The Wait Was Over

At long last, John got to uncover the secret that he’d heard his friend talk about. He’d been nearly obsessed with learning the truth behind the rumor and had worked very hard to get to this moment.

He was about to climb down the ladder and into the mysterious hole in his backyard — the first person in 50 years to do so! As John descended, his imagination ran wild. Just what was he about to see?

Stepping Down Into Space

John lowered himself down the ladder, rung by rung, as his excitement grew. He stepped off the ladder and was finally rewarded for all his hard work.

He was shocked to learn that there was a vast room deep underneath his backyard! And it was in good shape, complete with a solid floor. But that wasn’t all. In fact, there was an entire system of tunnels forming a complex down there!

The Rumors Had Been True

John’s friend, the former owner of the house John recently purchased, had told him about the existence of a secret buried deep in the backyard. Through research, John had learned that the structure in question had been built by a company called Whitaker Pools.

But this underground cavern was clearly not a pool. The year it was constructed, 1961, was a huge clue to the structure’s intended purpose. And John knew what that purpose was as soon as he laid eyes on the space.

The Years Had Taken Their Toll

Although the structure seemed to be in pretty good shape given its age, one thing was a giveaway to John that he still had some work to make the space safe. The clue was in the fiberglass ceiling.

Fiberglass can be extremely toxic to people if they breathe it in, and is an irritant to bare skin. And the fiberglass in the ceiling was coming apart – not a good thing at all. But it was something that could be repaired, fortunately. And John wasn’t ready to give up on his new find anyway, after all the work he had put in.

A Relic Of The Cold War

The structure below John Sims’ house, although huge, was empty of furnishings or any other décor. It became obvious immediately that the underground bunker was built as a nuclear fallout shelter.

Many people had grown fearful, even paranoid, during the period of Cold War hostilities between the Soviet Union and the U.S., and had built backyard bomb shelters as a result. But why had a company called Whitaker Pools built a nuclear bunker?

It turns out that Whitaker Pools had responded to consumer demand during the Cold War and had added building backyard bomb shelters to its list of services. In fact, this was pretty common across the country.

As pool builders realized that building fallout shelters wasn’t all that different from building inground pool shells, many of them expanded their operations accordingly. By 1961, one Los Angeles company called Catalina Pools had built 500 shelters!

It turns out that Whitaker Pools had responded to consumer demand during the Cold War and had added building backyard bomb shelters to its list of services. In fact, this was pretty common across the country.

As pool builders realized that building fallout shelters wasn’t all that different from building inground pool shells, many of them expanded their operations accordingly. By 1961, one Los Angeles company called Catalina Pools had built 500 shelters!

What would you do if you discovered that you had an enormous maze of rooms buried right in your own backyard? How would you use the space? John’s friends had some fun ideas for him, including a cigar bar, wine cellar, or “man cave.”

Other people around the world have converted old bunkers into beautiful modern homes, hotels, art galleries, and recording studios. But John had something different in mind for his backyard treasure.

John Connected To Others With Backyard Bomb Shelters

After posting about his bomb shelter online, John Sims learned that he was in good company. His post on Reddit went viral, and he began connecting to others who have backyard fallout shelters.

His interest in these shelters, and the Cold War era, has grown. In fact, he has special plans to turn his own historical bunker into a museum of sorts – meaning he has a lot of work ahead of him. So what was the next step for John?

We’ll learn more about John’s future plans for the shelter in just a bit.

It Started With A GoFundMe Page

John’s next step in restoring his bunker to its former glory was setting up a GoFundMe page. He wrote, “Hi, I’m John and I need some help restoring a vintage Fallout Shelter that I have uncovered in my back yard.“

He was specifically looking for assistance in reconstructing the shelter’s entryway, since that needed to be done before he could start making repairs and improvements downstairs. He elaborated, “the upper entry needs a large concrete pour to secure the entry and the metal circular staircase needs to be replaced.” John estimated that the project would cost around $2,000.

The Stairway Is Complete!

Although John’s GoFundMe campaign was widely shared and he received several hundred dollars in donations, the goal of raising $2,000 for the stairway rebuild ultimately fell short. Of course, that didn’t stop John from proceeding with his plans! He even took time off from his job to work on the all-important staircase.

After sharing a series of updates on the project, John reported that the entry area was finally done: “Stairs are finished! Now it’s easy and safe to climb in and out.” He also posted a photo of the completed stairs, which are painted an appealing shade of blue.

Now That The Stairs Are Complete

On his GoFundMe page, John shared further details for his shelter now that the staircase and entryway are done. “My plans are to clean up the interior, repaint it and turn it into a really cool man cave, HAM shack,and Civil Defense Museum.”

He continued, “Once I started this project I researched a bunch about the Cold War period and how the civilian fears prompted many people to build these shelters.” Discovering this bunker has clearly made a big impact on John’s life!

Stocking The Shelter With History

John has already begun amassing supplies and props for the museum portion of his backyard shelter. He says that he’s found artifacts like water supply barrels, Geiger counters, HAM radios, and sanitation kits to display. 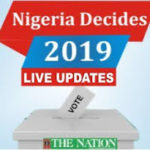 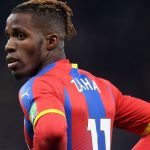 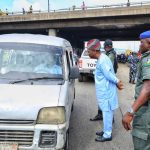 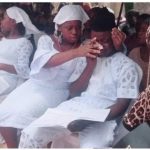