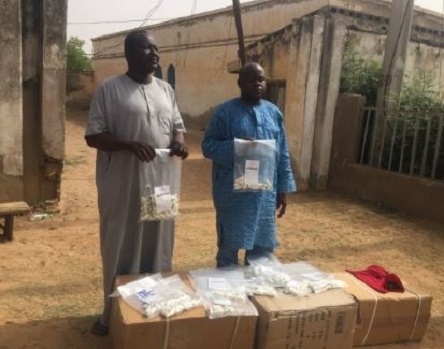 Two suspected drug traffickers have been apprehended by the National Drugs and Law Enforcement Agency (NDLEA) Kano Command. The suspects named Abdul Abubakar Mohammed and Ibrahim Mustapha, were arrested with 2.927kg of cocaine, said to be the first of its kind in the state.

Parading the suspects before news men on Saturday in Kano, the Commander, Dr. Ibrahim Abdul said luck ran out of the two suspects after his men trailed them to a hotel on Katsina Road, in Fage Local Government Area of the state after two months of investigation.

According to him, the command’s shift from reactive to proactive investigative methods led to the successful arrest of the suspects whom he said has already started swallowing the parcels before taking off to Sudan from where they will continue their journey to Saudi Arabia through the sea.

“ We have adopted proactive methods for effective policing and investigations as it relates to drugs. We have been on the trail of the suspects for the past two months after intelligence gathering by our vigilant officers”.

Abdul further disclosed that under the period under review, 50 hotspots were dislodged within and outside the state’s metropolis during which drugs such as Cannabis Sativa measuring up to 250kg, 560kg of Tramadol, 24kg of Khat were confiscated which brings the total to 836.927kg.

This is happening after the recent execution of a Nigerian woman as well as arrests by the Saudi Arabia authorities for drug trafficking.

The two suspects, while interviewed by news men said that they hail from Maiduguri and are both business men who deals in Caps and Cola nuts respectively but lost their source of livelihood due to Boko Haram insurgency.

In the same vain, the Command in the course of its duty has arrested a 4 man gangwith a pistol which includes one Isah Yusuf, Nazifi Yahaya, Suleiman Kabir and Rufai Lawan, suspected to be armed robbers or bandits.

Investigations are still ongoing and would be handed over to the relevant authorities for further investigation and prosecution. 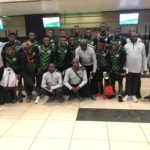 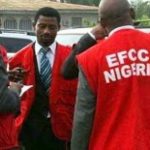 Okorocha Not Under Arrest —EFCC 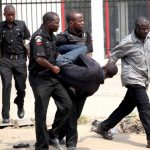