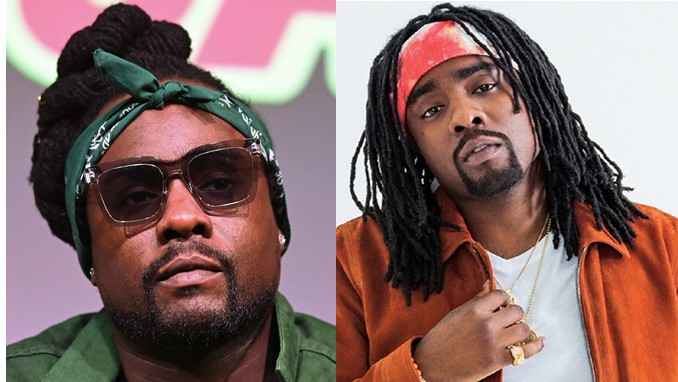 Nigerian-American rapper, Olubowale Victor Akintimehin, popularly known as Wale, has taken to social media to reveal that he would never get married.

Wale made this known on his Twitter page while reacting a female follower who told him that they could have been married by now if he wasn’t playing.

She tweeted; ”We could have been got married but you playing”

Wale responded saying it is not possible for him to get married because it is not the life for him.

He wrote: “I’ll never get married. It’s not possible. That’s not the life for me.” 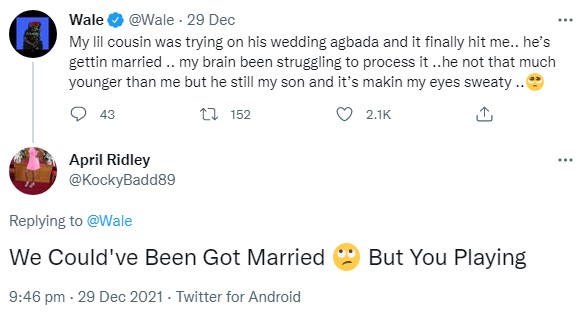 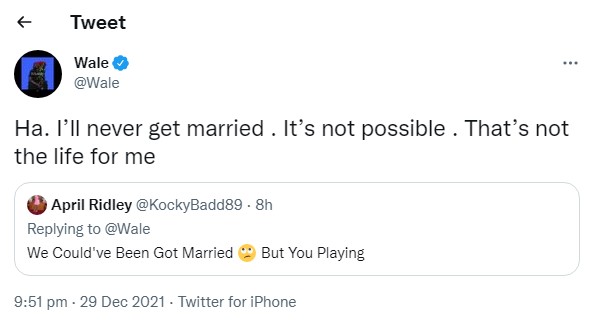 KanyiDaily recalls that Wale had recenly claimed that Nigerian parents are toughest in the world and thay are never impressed.