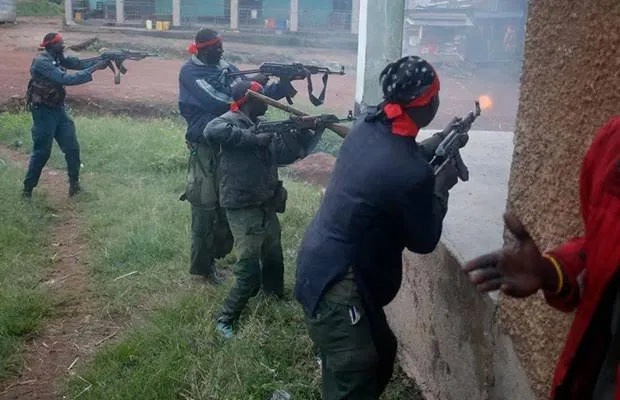 Leadership Newspaper reported that the victim is one of two mobile police operatives providing security for a team of health officials carrying out vaccination exercises at Eziama-Uli Health Centre.

It was gathered that the incident happened on Wednesday when the gunmen stormed the health centre shooting sporadically while patients who came for the vaccination and the administrators scampered for safety.

An eyewitness, who disclosed that the medical outreach programme was organized by Uli Global Ambassadors for Development Initiative (UlIGADI), said the gunmen opened fire on the two police operatives, killing one of them, while the other officer escaped.

The source said, “I don’t have much to say at the moment but I will discuss with the chairman to advise the house.

“One officer died after the unfortunate incident. The second officer is at the hospital receiving medical attention.

“I have spoken to him. I have my people with him. We are looking for the third officer who has since left Eziama. The Recovery Team is underway to rescue him from the community.”

It was also gathered that the gunmen who invaded the community banned the people from holding any social event, warning, “You people should not be celebrating while our leader, Nnamdi Kanu is languishing in DSS detention.”

Eziama-Uli is one of the border towns of Anambra State close to the Orlu area of Imo State.

A source in the area told the newspaper that the people of the community have been living in fear because of the invasion of the area by unknown gunmen.

When contacted, the spokesperson for the Anambra State Police Command, Ikenga Tochukwu requested that the report be forwarded to him for verification. However, efforts to reach him afterwards proved abortive.

KanyiDaily recalls that the Indigenous People of Biafra (IPOB) had recently accused Imo State Governor, Hope Uzodinma, of being behind the killing of innocent citizens in the South-East.