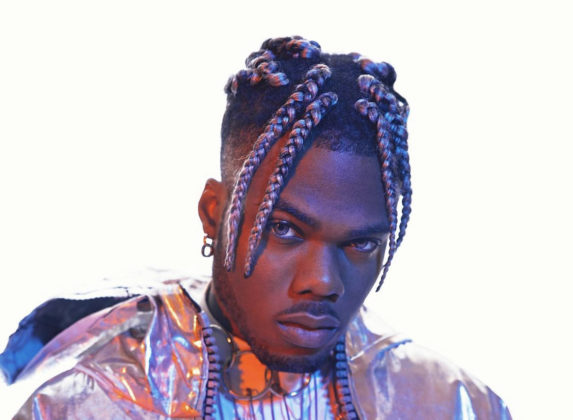 Nigerian musician, Chukwuka Ekweani, popularly known as CKay, has made history as the first African artist with the most-streamed song ever on the popular music streaming platform, Spotify.

The Afrobeat singer-songwriter, who currently boasts of over 30 million monthly listeners on his Spotify page, has made a name for himself with his song ‘Love Nwantiti’.

The song has been streamed on Spotify over 250 million times since it was released in 2019 as the second track from his sophomore extended play “Ckay the First.” 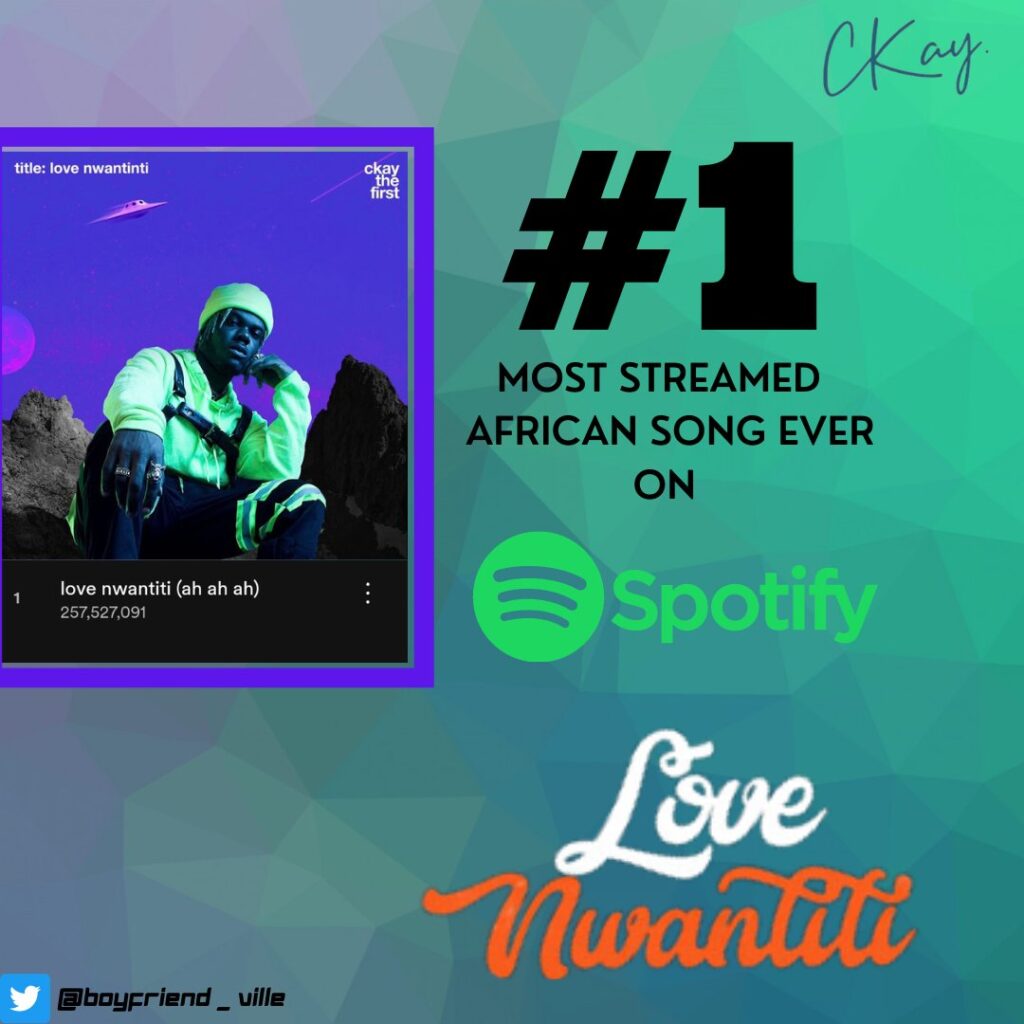 The success of the hit single, “Love Nwantinti,” and the multiple international remixes that followed certainly helped solidify his place on top. And the popularity that the track reached on social media video-sharing app Tik Tok certainly did its part.

Tik Tok users from across the world all took part in the “Love Nwantiti” Dance challenge, further pushing the song into the charts. Over 3 million videos have been created on the app using Ckay’s remix featuring DJ Yo and Axel, with the song becoming the most Shazamed song as a result of the social media demand. The remix initially wasn’t approved by Ckay but finally, all credit has been restored to the rightful parties.

The song charted across Europe, Australia, Latin America, and New Zealand, reaching number one in India, the Netherlands, Norway and Switzerland, and gained popularity across TikTok. It also charted in the top 10 of the UK Singles Chart and reached number one on the UK Indie Singles Chart. It also debuted at No. 80 on the US Billboard Hot 100 and appeared on the Canadian Hot 100.

KanyiDaily recalls that Wizkid recently defeated CKay to win MOBO Awards for the “Best African Music Act” of the year from a category that also included the likes of Davido and Burna Boy.