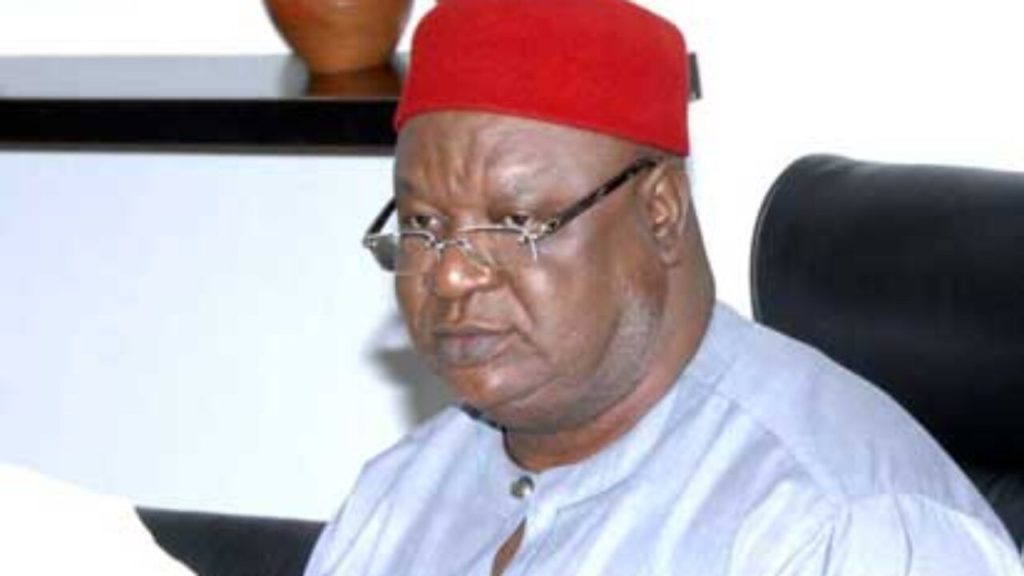 Nigeria’s former Senate President, Anyim Pius Anyim on Saturday declared his intention and political ambition to join the 2023 presidential race in the company of other political elites.

Senator Anyim who made his intention known in an interview with scores of journalists in Abuja said he will contest the Presidency in 2023 whether the People’s Democratic Party (PDP) zone the presidential ticket to the South-East zone or not.

According to him, the PDP’s National Convention would signal the commencement of political activities in the party, therefore he saw it as an ample time to indicate his interest.

He added that there is no rule stopping an aspirant from the southeast from contesting for the seat of the president, whether the party zones the slot to the region or not.

He said, “Posters of my presidential bid and agitations by groups for me to contest flooded the social media in 2020 and I disassociated myself from such calls.

“I felt that it was too early for such declarations to enable the present administration to concentrate on governance.

“Such calls resurfaced in the early part of 2021 and I choose to be quiet over the issue. We presently have less than 18 months to the next elections and I feel the time was ripe to indicate my interest.”

He noted that the zoning committee constituted by the party was only saddled with zoning party positions and not elective positions ahead of 2023.

“Zoning of such positions was deferred but nothing stops anyone from the South-East zone from contesting the presidency even if it was not zoned to it.

The most important thing is that the party’s national convention is a sort of rebirth for a group of people who have recovered from a setback.

“The party members are presently focused and determined to reclaim power with one spirit,” he added.

Anyim said that despite the party’s seeming faceoff with its former National Chairman, Chief Uche Secondus, he remained a friend to several members.

“Secondus is particularly my friend and many other members of the party, and we do not have any problem with him.”