NIPOST And FIRS Fight Dirty On Twitter Over Stamps 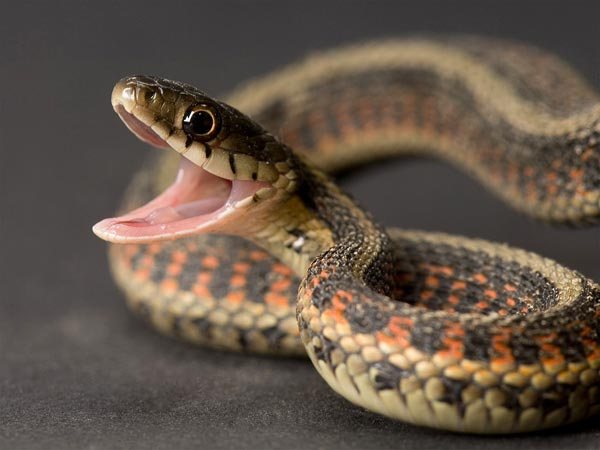 Nigeria is again going through scarcity of Anti-Snake Venom (ASV) at a time it will need the most.

According to Nandul Durfa, Managing Director, Echitab Study Ltd Guarantee, there were “less than 200 vales left for the whole country’’.

Mr Durfa’s Jos-based outfit is solely in charge of collecting and distributing Echitab ASV in the country.

“We have very few vales left. Our ASV supply is depleted,” he said.

“We are expecting the next supply of 2,000 vales from Micropharm Ltd in Wales, UK, in the middle of March. On April 22, we shall also collect more ASV from ICP University in Costa Rica.

“But, my fear is the next three to four weeks. The quantity in the store is so little. The situation is particularly frightening because this is the peak period of snake bites. It could be disastrous.

“Snakebites are more rampant at this period because of the heat. Snakes are cold-blooded animals and are usually forced out of their hiding places when it is hot.

“It is also a period farmers come out to clear their farms, preparatory to the farming season.

“It is also a period the rains start and people tend to clear the bushes. This period lasts till April and brings lots of farmers and herdsmen in contact with snakes.’’

He said that snakebites were also common when farmers harvest yam.

“Rats go to yam farms to eat yam; snakes go to the farm to wait for the rats. When farmers reach their farms for the harvest, they get bitten,’’ he explained.

Mr Durfa said that children, who hunt for rats, also come in contact with snakes.

“Very often, these children insert their little fingers into holes and get bitten by snakes,’’ he said.

He said that most snake treating centres like the General Hospital, Kaltungo in Gombe State, and the Zamko Comprehensive Centre, Langtang, in Plateau, were already receiving many cases of snakebites.

“Some of these centres sometimes receive an average of 16 cases per day. The Kaltungo centre received 3,086 cases last year. If the situation gets as bad as we had last year, some patients may not have ASV,’’ he said.

The expert, however, commended the T. Y. Danjuma-led Presidential Initiative for the North-East, for procuring some ASV for the snake treatment centre in Kaltungo Hospital.

“That effort has brought some relief to the patients that throng that centre on daily basis. We want voluntary agencies, NGOs and state governments to also procure the ASV to help the victims,’’ he said.

He regretted that not much attention was paid to victims of snakebites, and blamed that on a claim that the poor people were mostly the victims of the menace.

“Everyone should be interested in assisting victims of snakebites because those affected are mostly the productive group – the farmers, youths and herdsmen – responsible for our food, milk and meat.’’

Mr Durfa advocated a closer partnership between the agriculture and health ministries, to cater for the victims of snakebite, pointing out that those affected represented the class that “must go to the bush to feed Nigeria”.

“Government policies are tailored toward attracting more people to the farms. We must also be interested in what happens to people when they go there,” he said.

The expert said that the only way to make ASV was for Nigeria to begin local production of the drug.

“In 2006, Chief Olusegun Obasanjo, then President, approved the production of the ASV in Nigeria, using MDGs funds, but the initiative did not come to fruition,’’ he lamented.

He expressed dismay that Nigeria was still depending on foreign countries for ASV to neutralise poison from vipers, cobras and puff adder, the commonest snakes in the country.

“The partners are ready and willing to transfer the technology for the production of the ASV in Nigeria, but the nation has not been forthcoming,’’ he lamented.

Mr Durfa said that the production of ASV was usually a long process lasting an average of three months and involving the transportation of live snakes from Nigeria to the producing countries.

“The producing centres have specific periods allocated to manufacturing the Nigerian variant of the ASV. No matter how pressed we are, we must wait for that period. The only way to make the drug readily available and cheap is to produce locally,’’ he said.

The Minister of Information and Culture, Alhaji Lai Mohammed (right), and the Acting Director General of the National Broadcasting Commission,…

The Minister of Information and Culture, Alhaji Lai Mohammed (right), and the Acting Director General of the National Broadcasting…

NIPOST And FIRS Fight Dirty On Twitter Over Stamps

Ka3na, Praise Evicted BBNaija housemate, Ka3na has disclosed that housemate Praise and herself did not engage in s3x while…

Atiku, Saraki And Kwankwaso React To Reports That They Are Planning To Rejoin APC

<!-- The Minister of Information and Culture, Alhaji Lai Mohammed (right), and the Acting Director General of the National…

Sweet! This Beautiful Couple Met On Nairaland In 2017, Now They Are Married (Photos)

Globacom, others to meet NCAA over disputed masts