Political parties participating in the 2019 general elections have said they will not obey the directive of INEC that they should stop campaigns after the postponement of the presidential and National Assembly elections on Saturday morning.

INEC Chairman, Prof. Mahmood Yakubu, had on Saturday while giving reasons for the postponement of the elections, said campaigns had ended on Thursday.

But the APCs, the PDP and the Coalition of United Political Parties, on Sunday said they would never obey the order, saying that they would continue their campaigns.
We will continue our campaigns – APC, PDP
A report by the Hausa Service of the British Broadcasting Corporation, monitored in Kano, on Sunday, quoted the National Chairman of the APC, Adams Oshiomhole and a Director in the Atiku Campaign Organisation, Senator Rabiu Kwankwaso as saying the electoral laws allowed for campaigns to go on until 24 hours before polls.

Kwankwaso said, “Nobody asked that the elections should be delayed. So, since the elections have been postponed, they (INEC) should allow everybody to campaign.

“Everybody knows that what the electoral law says is that campaigns can continue until 24 hours to the elections so, since the elections have been postponed by one week, political parties should continue with their campaigns.”

Kwankwaso, who said he was certain nobody was happy with INEC’s decision to postpone the elections, prayed that such would not repeat itself on Saturday.

To give fillip to its position, the PDP on Sunday said it took the decision to re-open its campaigns after due consideration of the provision of the Electoral Act.

The PDP National Publicity Secretary, Kola Ologbondiyan, in a statement, said the PDP rejected what he called the wrongful administrative prohibition of open campaigns by INEC.

He said, “Our position is predicated on the clear provision of Section 99 (1) of the Electoral Act, which stipulated that “for the purposes of this Act, the period of campaigning in public by every political party shall commence 90 days before polling day and end 24 hours prior to that day.

“The clear import of this provision, in the current situation, is that given the postponement of the elections to February 23, the 24 hours requirement for closure of all public campaigns falls on the midnight of February 21.”

The BBC reported that Oshiomhole said the electoral law allowed for campaigns until 24 hours before the commencement of polls.

He said, “INEC cannot go contrary to what the law says. Everyone knows that campaigns can only be suspended 24 hours to an election, I will continue with campaigns on Sunday (yesterday) because if we don’t campaign, people will not come out and vote.

“We will tell the people what happened has happened. Let them come out and vote for the President (Muhammadu Buhari). For one week, if we don’t talk, people will forget; we will campaign.”

CUPP, in a statement by its national spokesman, Imo Ugochinyere, also said Yakubu’s position was unconstitutional.

He argued that since the presidential election had been moved to Saturday, political parties were at liberty to resume campaigns till midnight on Thursday.

Ugochinyere, therefore, asked members of CUPP to resume campaigns from Sunday (yesterday) and mobilise voters for the presidential candidate of the PDP, Alhaji Atiku Abubakar.

We will take final position on electioneering today – INEC
But reacting to the parties’ defiance to the commission’s order, INEC said it would take a final decision on whether or not political parties could resume campaigns for the elections on Monday (today).

The Chief Press Secretary to the INEC Chairman, Rotimi Oyekanmi, who disclosed this in an interview with one of our correspondents on Sunday, said the meeting of the commission’s management would determine whether the electoral body would shift its ground on its earlier decision on campaigns or not.

Oyekanmi in the interview with The Punch said, “On the issue of campaigns, the commission will meet tomorrow (Monday) and take a decision on the matter. On the issue of Zamfara State APC candidates appearing on the ballot papers, I have no comments on that at the moment.”

Falana faults INEC on campaign ban
However, a Lagos-based lawyer, Mr Femi Falana (SAN), called for the unbundling of INEC. This, he said, would have averted the last-minute postponement of the elections originally scheduled to hold last Saturday.

Falana, in a statement he issued in the aftermath of the rescheduling of the polls, also criticised INEC’s decision to stop campaigns by parties.

He said political parties were by Section 99 of the Electoral Act allowed to campaign up till 24 hours to the new date of elections.

According to him, with the delay of the elections by one week, political parties’ campaign period had changed and would only end 24 hours to the elections. Wike, who made these remarks in a statement issued in Port Harcourt on Sunday, said he was sure that Nigerians were shocked to note that despite the assurances from the commission, the elections were postponed.

The governor alleged that the Federal Government had sensed that it was going to lose the February 16, 2019 elections, adding that it allegedly ordered the commission to begin a process of staggering the elections. This, Wike said, would be done by postponing elections in Rivers and other strategic states including Lagos, Akwa Ibom and Kwara to other dates. 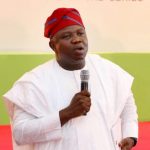 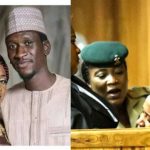