No fewer than 50 persons, including members of the Civilian Joint Task Force(CJTF) have been killed in a fresh raid by bandits in Zamfara State.

Rikiji who was on a condolence visit to Kaura Namoda emirate decried the worsening security situation in the state.

“We were told that the members of Civilian JTF had mobilised people from Sakajiki community in Kaura Namoda Local Government Area and confronted the bandits in the forest which led to the killing of over 50 persons including members of CJTF,” he said.

Rikiji, who is the Chairman of the State Government Relief and Damage Assessment Committee, described the act of the CJTF as unprofessional, saying “confronting the bandits is not the duty of CJTF members.

“Their duty is to support security personnel to carryout operations not to lead operations; only security agents have the right to organise operation to confront bandits,” he added.

He urged traditional rulers in the state to caution CJTF members in their respective domain to avoid taking laws into their hands.

“This is the directive from governor Abdul’aziz Yari that CJTF members should not confront bandits again; let them cooperate with the security personnel.

“We have already received the list of the number of the deceased and other affected victims from the local government Chairman aimed at assisting them.

“The state government would provide assistance to the families of the deceased and other victims of the incident very soon,” he added.

Responding, the emir of Kaura Namoda, Alhaji Muhammad Asha, thanked the state government for the gesture and assured of his palace’s continued support and cooperation with government to address the problem.

He said the emirate had embarked on special prayers to seek Allah’s intervention over the security challenges in the state.

“We have already mobilised our Imams of Jumu’at Mosque and Ulamas to offer special prayers in this regard during Jumu’at prayers,” the emir said.

The Chairman of the council, Alhaji Lawal Abdullahi, thanked the state government for the assistance to the victims. 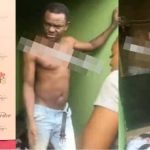 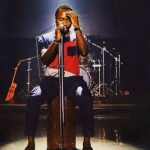 Brymo Introduces Us To His New Band With A Stellar Self-Titled EP, ‘A.A.A’ 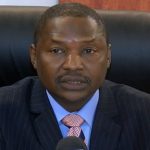 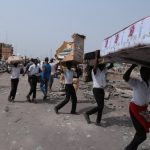