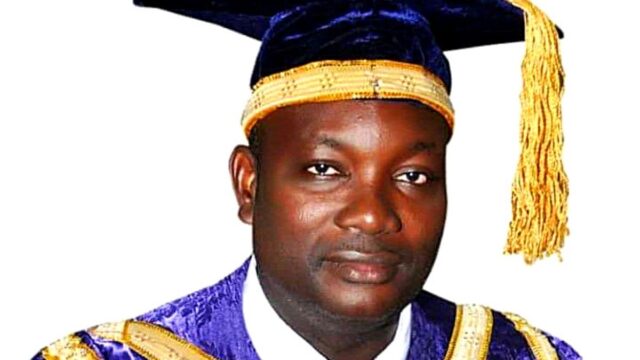 It was a narrow escape on Thursday morning for the University of Benin Bursar, Victor Imagbe, when some gunmen attacked his Sapele Road residence in Benin City in an attempt to kidnap him. His security aide, an operative of the Nigeria Security and Civil Defence Corps, NSCDC, Ugiagbe Alex Osaghae, however lost his life in the bloody encounter and his service rifle taken away.
TELL gathered that the intruders who stormed Imagbe’s house at Ogheghe Community, Sapele Road, at about 2:45am, opened fire on the NSCDC officer as they entered the compound, killing him instantly and stripped him of his riffle.
The Public Relations Officer (PRO) of the Edo State Command of the NSCDC, Ogbebor Efosa, confirmed the incident. The corpse of the deceased officer was said to have been deposited at the Central Hospital, Benin, mortuary.

A credible source at the Edo State Police Command confirmed the incident, stating that investigations aimed at tracking down the perpetrators of the crime had started.