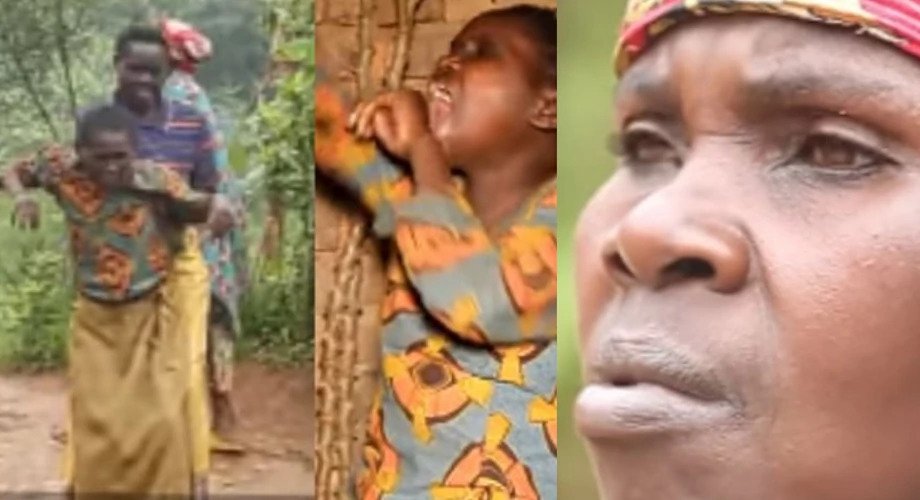 A mother has narrated how her children started acting ‘abnormal’ after they unknowingly ate the head of their dead father who was killed by rebels in their community.

In a video documentary, the woman explained that the abnormalities of her children started at a very tender age when she lost her husband to rebels.

According to her, when their community had become insecure, she suggested that they should relocate to a safer place, but her husband did not want to leave, so he kept giving her and the children hope that all would be well.

She explained that when things were getting out of hand, she became more afraid and left with the children to live in the next house which was a distance away.

After she left with the children, the rebels broke into their house one night and killed her husband. They put the pieces of his head in a pot full of beans.

When the children came in the morning to check on their father, they found everything messed up and the door and windows had been broken.

Sadly, the children who were so young and naïve of the situation at that time ate the beans that had their father’s head buried in it.

The mother lamented that from that day, her children started having trauma. Her daughter stopped talking, she only trembles and cannot make any move by herself unless she is helped. For her son, he is always running to nowhere.

Watch the video documentary below: