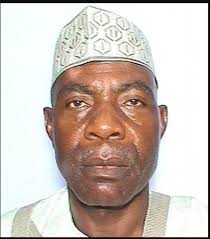 Dantani reportedly died in Abuja after a protracted illness.

Dantani was also a member representing Yauri/Shanga/Ngaski Federal Constituency of Kebbi State in the House of Representatives.

In a statement issued on Friday, Speaker of the House of Representatives, Yakubu Dogara, expressed sadness over the death, saying he received with sadness the news of the death of his colleague who died in Abuja after a protracted illness.

The Speaker described the late lawmaker as a man of peace, a fine gentleman and a great parliamentarian who contributed to the growth of the legislature as a Speaker of Kebbi State House of Assembly and later, as a member of the House of Representatives.

“As a lawmaker and public servant, late Dantani impacted positively on the lives of many through his robust contributions in the chambers, his constituency outreach services and support to the less privileged members of the society.

“The House has indeed lost a man of peace, a gentleman par excellence who spent greater part of his life in the service of democracy.

“On behalf of the leadership and the entire members of the House of Representatives, I wish to extend our deepest condolences to the immediate family of the deceased, his constituents, the government and people of Kebbi state over this great loss.

“May his gentle soul Rest In Peace,” Dogara said.