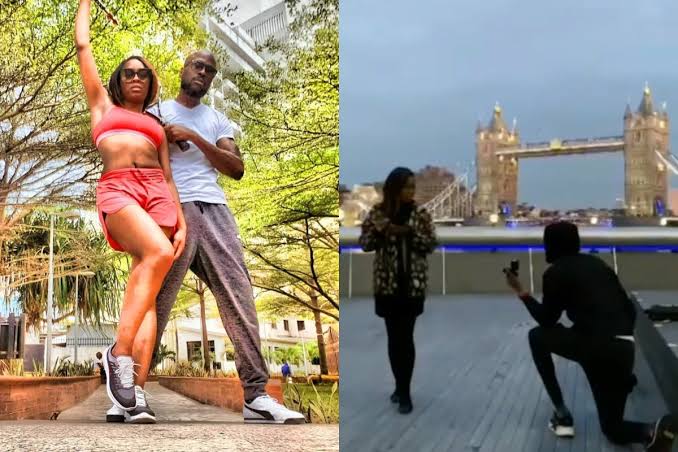 Watch The Moment Nigerian Rapper, Ikechukwu Proposed To His Girlfriend In London [Video]

Nigerian rapper, Ikechukwu Onunaku has taken to social media to share a video of the romantic moment he propose to his lovely fiancee in London.

The rapper had announced his marriage proposal in a shared on Instagram on November 27, 2020, showing the beautiful engagement ring on his fiancee finger which he captioned: “SHE SAID YES”.

After two months, Ikechukwu has finally released the video of his proposal which took place in in London with the Tower Bridge in the background.

A male voice could he heard in the background explaining the video which later captured the moment Ikechukwu went down on his knees and proposed to his fiancee.

KanyiDaily had also published a video showing the moment Ghanaian artiste, Shatta Wale, surprised his babymama Michy with a marriage proposal during his performance at the “Reign” album launch.