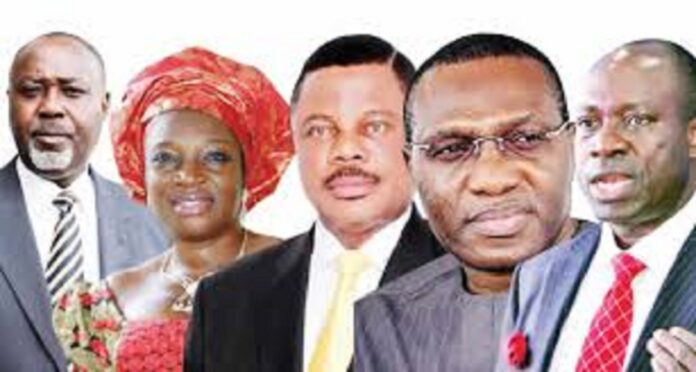 Before the release of the timetable and schedule of activities for the Anambra State governorship election by the Independent National Electoral Commission, subtle campaigns to succeed Governor Willy Obiano have become an open affair.

According to the January 19, 2021 INEC timetable, political parties participating in the election are expected to hold their primaries between June 10 and July 21, 2021, while the governorship election is slated to hold on November 6.

As it is to be expected, political party offices which before now were dormant have become a beehive of activities.

To underscore the seriousness of the task ahead, both the ruling APGA and the opposition APC have held emergency stakeholders’ meetings to strategise on how best to organise themselves ahead of the November contest.

Until 2006, Anambra State was a predominantly PDP-controlled state. The reason for this may not be farfetched. For one, Ndi Anambra had enormous respect for the late Vice President, Dr Alex Ekwueme, one of the founding fathers of the party.

However, internal crisis owing to the overbearing influence of some of the party’s godfathers ruined the chances of a comeback by the first PDP state governor, Dr Chinwoke Mbadinuju, who was in the saddle from 1999- 2003.

The power brokers who connived to deny Mbadinuju a second term ticket later named Dr Chris Ngige as his replacement. The romance with Ngige didn’t last long after his controversial victory in the 2003 governorship election.

Ngige’s victory was challenged in court by the then APGA candidate, Peter Obi. After 33 months in office, the court voided Ngige’s victory and declared Obi winner. Obi was sworn in as governor on March 17, 2006.

However, Obi’s victory dance was cut short barely a year later when INEC conducted another election in 2007. Senator Andy Uba of the PDP was declared the winner and sworn in.

Again, Obi returned to court. The Supreme Court agreed with the argument put forward by his lawyers that his four-year tenure commenced from March 17, 2006, the day he took the oath of office. Uba’s tenure was subsequently brought to an abrupt end barely 17 days after it started.

As a result, from 2006 to date, APGA has been at the helm of affairs of the state. However, the state PDP Secretary, Okoli Akirika, is upbeat about the prospects of the party regaining its pride of place during November 6, 2021 governorship poll.

He said, “The truth is that the PDP in Anambra State is undergoing a genetic metamorphosis. The PDP today is no longer the PDP of yesteryear.”

However, as the administration of Willy Obiabo draws to a close, the battle for who succeeds him both within APGA, the APC and the PDP has intensified.

For now, only a governor of the Central Bank of Nigeria, Chukwuma Soludo, is being touted as a contender for the APGA governorship ticket. The situation is not the same in the APC and the PDP. No fewer than three persons each have thrown their hats into the ring in the two opposition parties.

Those who have so far indicated an interest in the APC include a renowned businessman, Dr Chidozie Nwankwo; Johnbosco Onunkwo, a serial governorship aspirant; Senator Andy Uba; and the Managing Director/ Chief Executive Officer of the National Inland Waterways Authority, George Moghalu.

While addressing party supporters in Oko, the Orumba North Local Government Area, Nwankwo, who welcomed what he called the timely release of the INEC timetable, said, “If the right things are done, the APC will form the next government in Anambra State.”

Ejidike said, “It’s a good job from INEC and a way of keeping political parties on their toes ahead of the November election

“We are more determined to work in unity to deliver on our mandate. If we can get the governor, all other things will fall in line. We only need to work on our vehicle to enable it to take us to the government house. Let’s play down on aspirants and work as a group.

“We have started mobilising our members in the local government areas and communities. With this timetable, we are good to go.”

In the PDP, those who have so far shown interest in the race include Senator Uche Ekwenife, Dr Ifedi Okwenna, Dr Obiora Okonkwo, and a former Chief Executive Officer of Transcorp Nigeria Plc, Valentine Ozigbo.

Ozigbo, while commenting on the INEC timetable,  said, “I am certain that the early release of the timetable would prevent any form of ‘fire brigade’ approach. It would rather allow for well-planned and seamless executed electoral activities.”

“After all, anything worth doing at all is worth doing well, and no excellent job is ever done in a haste.”

Speaking about the chances of the PDP and its aspirants, an Akwa Ibom-based legal practitioner, Chibuzor Adinma, noted, “If the PDP can manage its primary election and come up with a candidate everybody will support, it will win the election.

“But you know that is not possible. After the primaries, the members of the party will scatter as usual and work at cross-purposes. This has been their Achilles heels for 16 years. This state is a PDP state, there is no doubt about it. Unity is all the party need.

On his part, the state chairman of APGA, Norbert Obi, said “There is no cause for alarm. We are ready and prepared for the poll far before the timetable was released.”

However, there appears to be a consensus among political observers that the APC has shown an uncommon interest in swinging the outcome of the election in its favour.

According to analysts, the APC is out to prove that contrary to insinuations in some quarters, the party enjoys support in the South-East.

Imo State Governor, Hope Uzodinma, who has been given the task of coordinating efforts to secure victory for the party in Anambra State in November, has taken the assignment seriously.

He told party stakeholders at a recent meeting in Owerri, that ‘we will win Anambra State in the November election. At the appropriate time, the forces will be mobilised to do the battle.  We have the formula to capture Anambra State for the APC.’

Uzodinma said efforts were being made to reconcile aggrieved party members in the state.

Speaking in a similar vein, the Minister of Science and Technology, Dr Ogbonnaya Onu, added, “It is in our own interests to produce an APC governor in Anambra State.”

The meeting where they spoke attracted serving ministers and heads of Federal Government agencies from the South-East.

On his part, the National Chairman of APGA, Chief Victor Oye, dismissed claims by the opposition APC and the PDP about their chances of wresting power from his party.

Responding to Uzodinma, Oye who first wondered why the APC could not pull off a win in Edo State, said, “We will win the November 6 election clean and square. We will win in all the 21 local government areas of the state.”

Soludo has told whosoever cares to listen that the people of Anambra State are currently enjoying the progressive governance being provided by APGA under Obiano’s leadership and would not allow the opposition to destroy his legacy.

As things stand within the APC, Moghalu, Uba, Nwankwo, and Onunkwo can be described as the major contenders. They all hail from the southern part of the state which is being projected to produce the next governor because the north and the central zones have produced governors in the past.

Moghalu and Uba are old warhorses in Anambra politics.  Moghalu had first contested the governorship in 2003 on the platform of the defunct All Nigeria Peoples Party.

He has remained consistent in politics since his days in the ANPP which merged with other parties to form the APC in 2014.

Uba, on the other hand, was a PDP stalwart and served as an aide to ex-president Olusegun Obasanjo for eight years. He contested the governorship position in 2007 and was declared the winner by INEC. He, however, governed the state for a few days as his election was later nullified by the Supreme Court.

Johnbosco and Chidozie, who are new entrants into the governorship race, equally have their support bases among the ordinary folks in the state.

There is yet a strong contender in the race in a seemingly small political party, the Young People’s Party. He is Senator Ifeanyi Ubah.

Ubah, an oil mogul, shocked his opponents in bigger political parties when he won the Anambra South Senatorial District election in 2019 against all odds after he was denied the ticket by APGA.

He is reputed to have deep pockets which supporters say can make up for whatever deficiency his YYP platform may have in the race. His admirers fondly call him, “The Civilian General.”

Although the election is about 10 months away, the battle for the soul of the state has just begun. Only time will tell which direction the pendulum will swing.