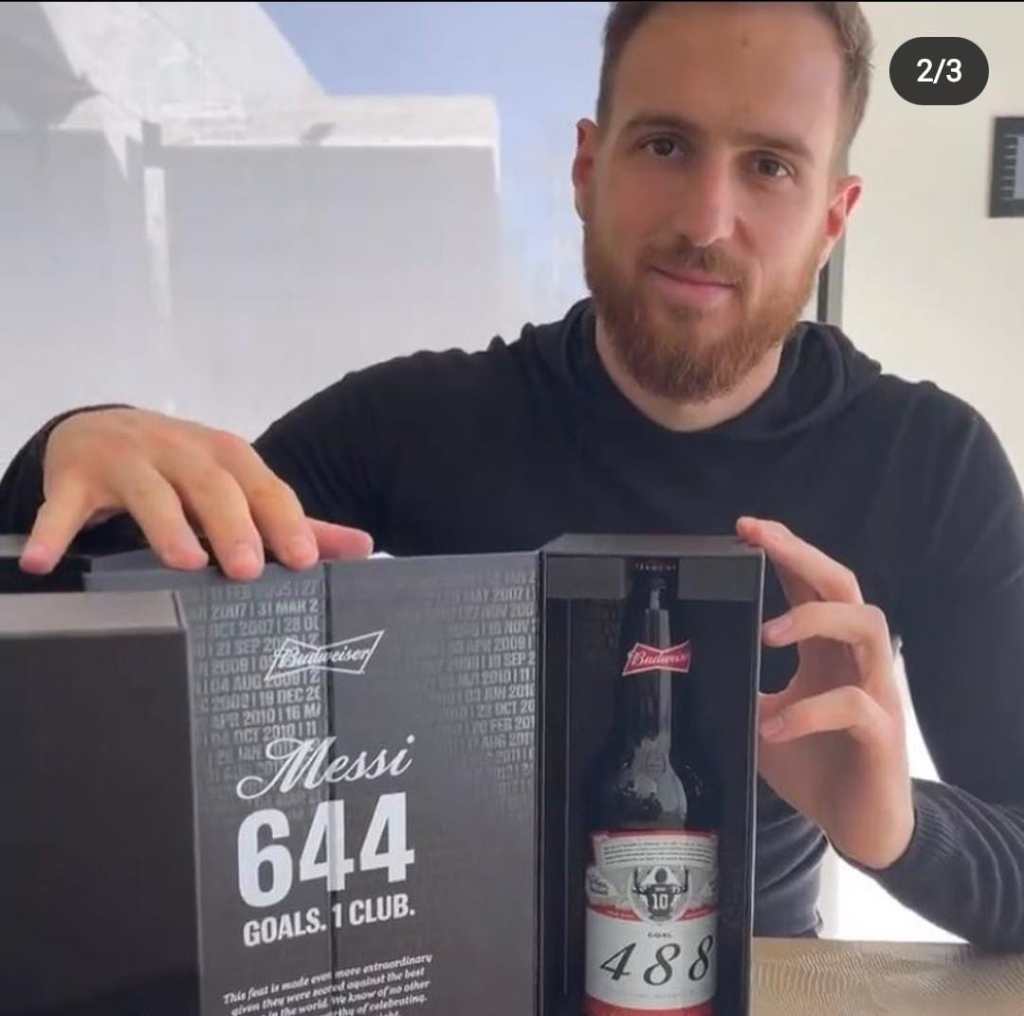 644 Goals: Budweiser Sends Beer To All Goalkeepers Messi Has Ever Scored

Budweiser, a beer producing company has sent customised beer to all the goalkeepers Lionel Messi has ever Scored to be the highest goal scorer for a single club.

Recall that Lionel Messi scored his 644th goal for Fc Barcelona on Tuesday against Real Valladolid to move him past Pelé on all-time list for most goals with a club.

To commemorate the occasion, Budweiser created a custom bottle for each of Messi’s 644 goals — and sent them to the 160 goalkeepers Messi scored the goals against.

The bottles are adorned with the number and a logo of Messi from behind in a classic celebration pose.

See Pictures of some goalkeepers given the customised beer:

In the same development, Adidas has also unveiled a boot to commemorate with the six time Balon D’ or holder.

Also Picture of the Adidas Boot: