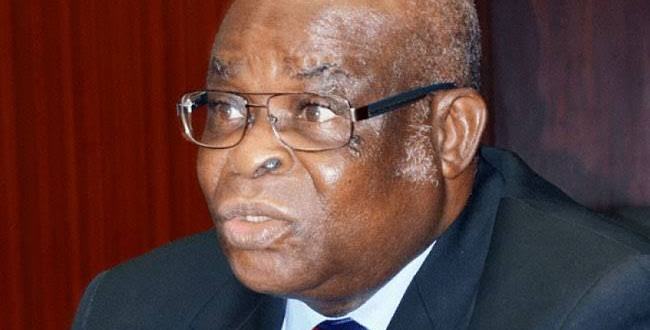 A retired Director at the Code of Conduct Bureau, CCB, Mr Awal Yakassai, on Thursday, testified as for the second prosecution witness, PW-2, in the ongoing trial of the suspended Chief Justice of Nigeria, CJN, Justice Walter Onnoghen, who is facing trial over his alleged failure to declare his assets.

Yakassai told the Mr Danladi Umar led a three-man panel of the Code of Conduct Tribunal, CCT, that contrary to what was alleged in the media, he said the suspended CJN owned only five houses.

He said it was not true that CCB investigators linked the ownership of 55 houses to the defendant.

The witness made the disclosure after he was shown copies of Justice Onnoghen’s asset declaration forms, which the Federal Government tendered in evidence before the CCT.

Answering questions under cross-examination, the PW-2, told the tribunal that he served at the CCB for 29 years before he retired in April 2018.

Holding the two documents in his hand while responding to a question from Onnoghen’s lawyer, Chief Adegboyega Awomolo, SAN, the witness said: “My lord, according to exhibit 2 and 3, the defendant has only five buildings and not 55”.

Awomolo noted that one of the five buildings was given to the defendant by the federal government itself.

Continuing his testimony, the witness, told the tribunal that verification columns on Onnoghen’s two asset declaration forms were still empty.

He said: “As indicated here, the column for verified assets have not been signed as at today” he added, saying it was standard practice at the CCB that returned asset declaration forms must pass through three stages of verification.

“My lord we have three stages of verification, the first is at the time of submission of forms, the second is what we called conference verification whereby we invite the person. And the third is physical verification of the assets.

“Until these three stages are completed, we cannot say that the assets have been verified”.

Meanwhile, Chairman of the CCB, Danladi Umar, had earlier threatened to give 28 years jail term to journalists that misrepresent proceedings on the CJN’s trial,

Umar, who said he was displeased about “the distortion and misrepresentation” of what transpired at the tribunal last Monday by a section of the media, warned that he would henceforth wield his powers against journalists.

“Henceforth, any journalist carrying concocted or discredited statement which is not adduced before this tribunal, I will not hesitate to bring the full weight of the law heavily on the person.

“The journalist will languish there and may remain there (in prison) until I retire about 28 years from now.

“The person will be summarily sent to prison because that is contempt.

The CCT boss has given FG’s lawyer, Mr Aliyu Umar, the nod to call a second witness to give evidence against the suspended CJN who is answering to a six-count charge.

Aside allegation that he failed to declare his assets as prescribed by the law, FG had in the charge marked CCT/ABJ/01/19, FG, alleged that Onnoghen operated five foreign bank accounts, contrary to section 15(2) of Code of Conduct Bureau and Tribunal Act.

FG had insisted that it was the CCB that okayed Onnoghen’s trial based on certain infractions that were discovered in his asset declaration forms. 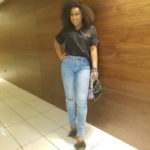 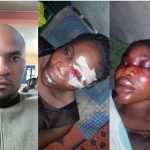 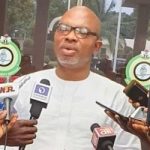 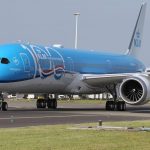 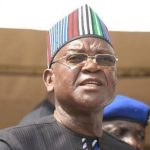