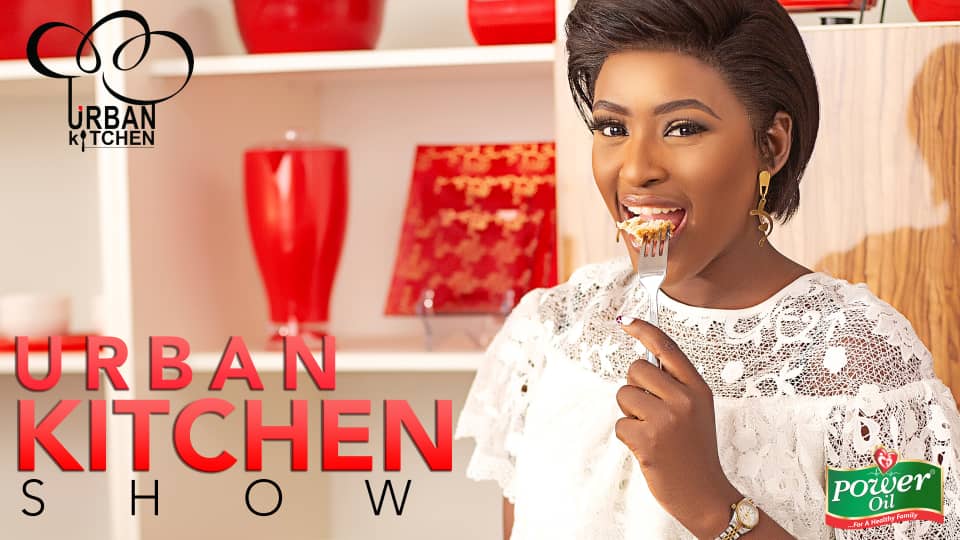 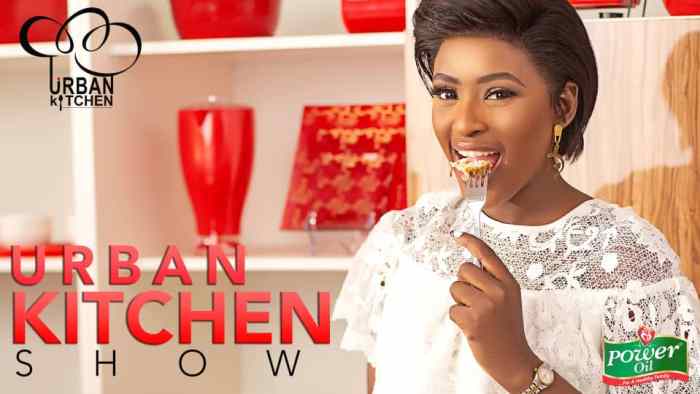 As season 4 of ‘Urban Kitchen’ premieres today, lovers of television show, especially, one that is about food culture, are in for a sumptuous treat and cultural exploration.

‘Urban Kitchen’ is a 30-minute culinary show on television aimed a teaching Nigerians/Africans how best to make their meals on a budget and also offers the rest of the world a fresh perspective to the African culture through food using entertainment and world-class contents. The show also explores the negotiation strengths of randomly selected cooks, who prepare sumptuous African meals and recipes on a low budget.

The host introduces the show, giving the background of the cook for the day. She ushers the chef into the studio and discusses the meal of the day. During each episode, the cook is put under financial pressure. Each cook gets to negotiate his or her budget.

During the programme, viewers get to watch documentary footages of the cook in the market, negotiating the purchase of ingredients for the meal of the day. The nutritional value of the meal would be reviewed after the preparation by a top African celebrity, with good cooking culture. The appearance of the celebrity comes as a surprise to the cook.

Aside from teaching viewers how to make meals under a tight budget, the show doubles as a fresh perspective for the world to see African culture using food and entertainment.

Speaking at a media parley which held recently at Sate TV Studio, Magodo GRA, Lagos, to announce the premiere of Season 4, the creator and producer of the show, Omoluku Felix Daodu, noted that Urban Kitchen has grown since its launch in 2017 to become a must-watch for many food lovers, live TV show enthusiasts, and has even be adopted as part of entertainment offerings highlighting Nigerian culture by some airlines.

He expressed his excitement over the emergence of Power Oil as the official oil brand of the show, adding that the brand resonates with quality, healthy living among other appeals expected to impact the show positively.

According to him, to ensure a successful season, Sate TV Studio has also outsourced the production, marketing and other aspects of the show. He disclosed that Brandslay Global is the marketing company for ‘Urban Kitchen’.

Daodu assured that the highest safety protocols are in place, with the limiting of production crew and equipment in the studio, insistence on face masks, hand sanitizing and other safety measures in line with social distancing.

He disclosed that personalities who are ‘celebrities’ in their chosen professio that will feature in various episodes of Urban Kitchen Season 4 include RMD, Jude Chukwuka, former governor of Ekiti State, Ayo Fayose, Broda Shaggi, and singer/songwriter, Azeez Adeshina Fashola, known professionally as Naira Marley.

Like other seasons, Urban Kitchen Season 4, which is produced by Edhughoro Ejiro Onome, will have 26 episodes and will run for six months. It will also be anchored by Chinonso Arubayi as the hostess.

Also speaking at the media parley, the Sponsorship Manager, Power oil, Opeyemi Awojobi, expressed excitement over the collaboration, stressing that the ideals of Urban Kitchen show, which is to encourage quality and healthy cooking, yet on budget, resonates with that of Tolaram Group, makers of Power Oil, which is committed to improving quality of life and healthy living by the production of healthy cooking oil and other quality products.

“In line with cooking on budget, Power Oil comes in different stock keeping units (SKU), especially the affordable sachet, which offers even students the opportunity to buy, use in cooking healthy food, and avoid the unbranded oil that comes with many health risks,” Awojobi said.

He added that Power Oil would be resuscitating the Bargain Power Challenge, which is the means by which chefs, who participate in the show, are chosen.

“It will be more engaging this time with Power Oil on board. We will also offer health tips during the show and do lots of giveaways to the audience”, he said.

Celebrities such as, Basketmouth, 9ice, Pasuma, Denrele, Eva and a host of others.