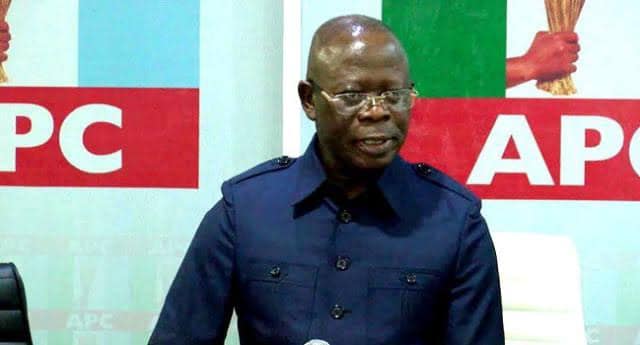 Adams Oshiomhole, former National Chairman of the All Progressives Congress, has finally spoken up after the victory of his political adversary, Godwin Obaseki, in the September 19 governorship election in Edo State.

Oshiomhole stated that he was not affected by the party’s defeat. He noted that “in life, you win some and you lose some”

“No matter the outcome of an election or a particular edition of the process, have faith in God and have faith in our country. God bless you all,” Oshiomhole told Gee Africa TV while granting his first interview since the party’s defeat at the poll in Edo.

Prior to the election, the relationship between Oshiomhole, and his protégé, Obaseki, has broken down.

Oshiomhole, a former governor of Edo, helped Obaseki to succeed him as the state governor in 2016, but the bubble of their relationship busted in 2019.

Obaseki accused Oshiomhole of instigating a crisis within the APC in Edo and later call for his resignation as the National Chairman of the party.

Obaseki also went further to accuse Oshiomhole of wanting to control the affairs of the government in Edo state.

The rift escalated to the extent that Obaseki was pushed out of the governorship race in APC by committees set-up by Oshiomhole.

Obaseki defected to the People’s Democratic party but Oshiohmole insisted he will teach him a lesson by ending his ambition to run for another four years as Edo governor.

However, Obaseki pulled through. He polled 307,955 votes to defeat Osagie Ize-Iyamu, candidate of the APC, who secured 223,619 votes.