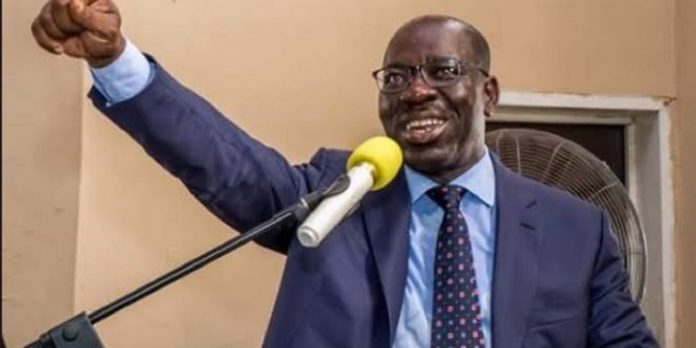 A former governor of Kano State, Rabiu Musa Kwankwaso gave kudos to the people of Edo State for the victory of Governor Godwin Obaseki and in the governorship election, saying “the true choice of the people had prevailed.”

He said the warning by the United States and United Kingdom to election riggers and promoters of election violence in Nigeria “was very effective.”

According to him, beyond the success, “the action of the good People of Edo State symbolizes hope for every true democrat in our country.”

Kwankwaso expressed his message in a statement by his Principal Private Secretary, Muhammad Inuwa Ali.

He said, “Let me thank the representatives of the international community in Nigeria, especially the United State embassy in Nigeria and the United Kingdom embassy in Nigeria for their timely advice to merchants of election malpractice and perpetrators of electoral violence. Your advisory to election riggers and promoters of election violence to know that there are consequences, beyond the borders of Nigeria, for their ignominious action was very effective. We thank you for your interest in deepening democracy in our country.

“I am especially congratulating the Edo people for their foresight in re-electing their hardworking and effective Governor, Gov. Godwin Obaseki to continue with the excellent work of developing Edo State.

“I also congratulate His Excellency, Gov. Godwin Obaseki over this well-deserved victory. You worked very hard for the people of Edo State and they have reciprocated by coming out in droves not only to cast their votes for you, but also to defend their votes and ensure that the multitude of election riggers mobilized by agents of doom, from different states, to steal the Edo election were made ineffective.

“Beyond this success, the action of the good People of Edo State symbolizes hope for every true democrat in our country.

“Without a doubt, our victory in Edo State was hugely facilitated by the outstanding commitment, resilience, courage and the doggedness of the chairman of our Campaign Council, His Excellency Governor Nyesom Wike of Rivers State and the entire members of the Campaign Council including all PDP governors. I commend you all as we celebrate the success-for-democracy in Nigeria.

“There is no gainsaying that the Edo Victory is a victory for our great party, the PDP. I therefore congratulate our amiable Chairman Chief Uche Secondus and his entire team. This success is a testimony to your dexterity, political savvy and focused leadership. “Congratulations.

“Finally, I wish to express my appreciation to numerous interest groups in Edo State, including business community, traditional institution, the clergy, the academics, women groups, Civil Society groups, Arewa community, Edo Kwankwasiyya, the youth, the media and students, most of whom I met with during my campaign visit to Edo State, for their support and cooperation. The Edo success is your success!”