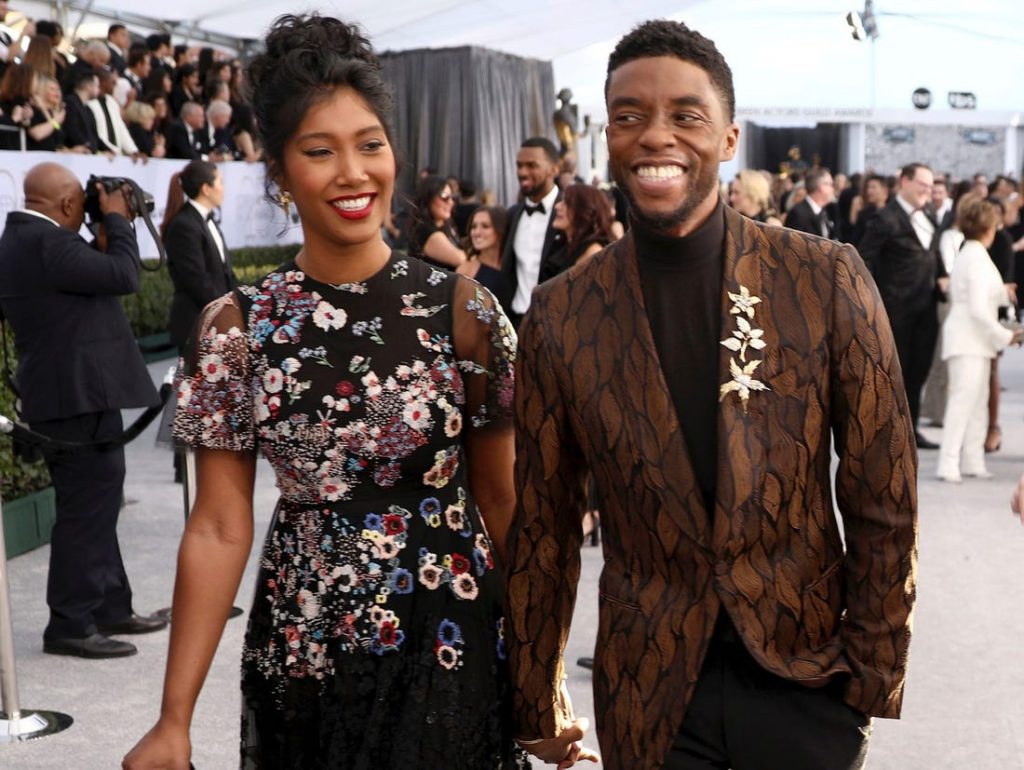 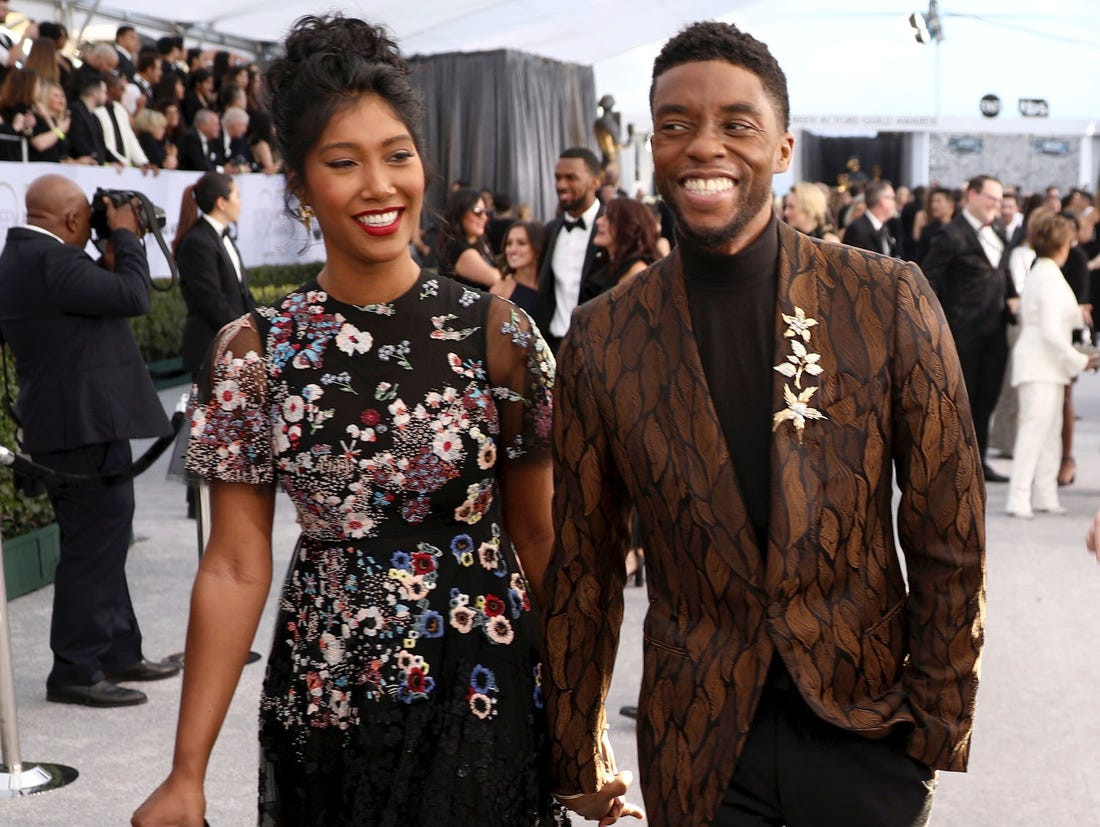 Chadwick Boseman and his wife

Chadwick Boseman, the late Black Panther star, was no doubt a huge public figure, however he succeeded in shielding his private life from public glare. Not many of his fans knew that he got married before his demise.

It was gathered that the late movie star got engaged to his long time girlfriend, Taylor Simone Ledward, in 2019 and the couple later tied the knot in a private ceremony before his death.

It was reported that the actor passed away at his home in Los Angeles after a private four-year battle with colon cancer and his wife was at his bedside alongside close family.

Ledward is a singer who graduated from California State Polytechnic University. The couple kept much of their early relationship secret, before allowing themselves to be pictured together at award ceremonies and red carpet premieres.

Their budding romance was first confirmed in 2015, when the pair were spotted together by paparazzi at Los Angeles International Airport.

She was then seen with him again in 2017 as a guest on US talk show Jimmy Kimmel Live! and by 2018 she was regularly joining him at star-studded premieres including Black Panther and 21 Bridges.

In March 2019, he spoke about their romance for the first time at the 50th NAACP Image Awards, saying: ‘Simone, you’re with me every day. I have to acknowledge you right now. Love you.’

When the cameras panned to her, she could be seen mouthing back the words ‘I love you’.

Ledward’s grandmother confirmed the pair was ‘very happy’ together when she spoke to InTouch Weekly in April 2018. ‘They respect each other. She’s very happy, and he is, too,” she said.

Boseman’s shocking death comes just ten months after the pair got engaged, with the wedding ceremony thought to have taken place recently. The couple were reportedly planning to tie the knot with a ‘2020’ wedding.

The actor’s death at the age of 43 was reported yesterday. He leaves behind his wife and close family members. The couple have no children.