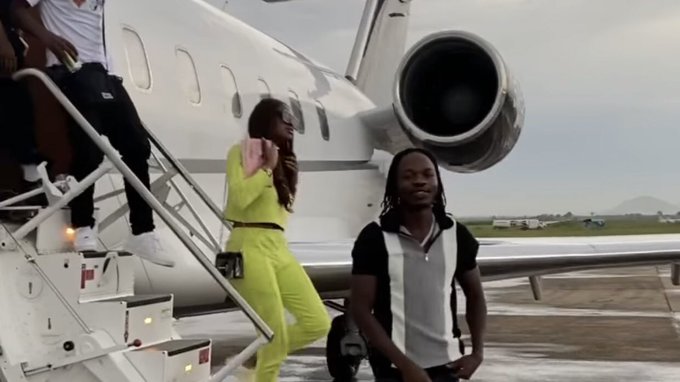 A day after he was fined by a Lagos State Special Offences Court, Popular musician, Azeez Fashola a.k.a Naira Marley, has been handed another fine by a mobile court in Abuja.

The musician was fined N200,000 on Friday by Magistrate Idayat Akanni for violating COVID-19 protocols on June 13, 2020.

Fashola pleaded guilty to the four-count charge filed against him by the Federal Capital Territory Administration (FCTA).

He was accused of holding a music concert in Abuja in violation of COVID-19 directives.

The concert, which held at the Jabi Lake Mall attracted public condemnation, with many, who attended breaking protocols at the peak of the coronavirus pandemic.

Naira Marley was said to have flown in a plane initially meant to convey a judge to the Federal Capital Territory.

The owner of the charter plane, Execujet was also punished by the Federal Government, with the firm’s licence suspended.

In Lagos on Thursday, Fashola was fined N100,000 by the Lagos State Special Offences Court, in Oshodi for the same offence.

The singer was arraigned alongside his manager Seyi Awonuga, for violating the interstate travel ban during the COVID-19 travel restriction.

Marley pleaded guilty to the charge.