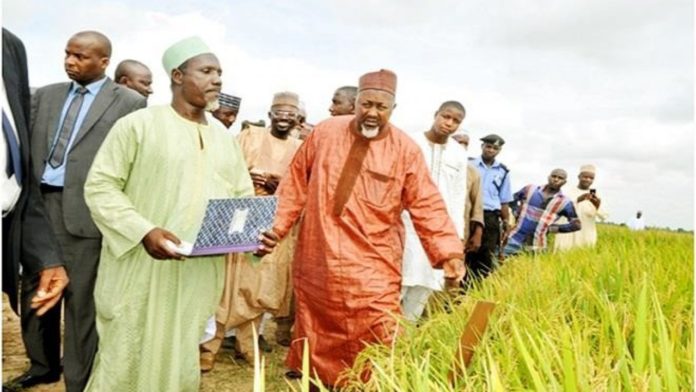 Jigawa State In Need Of Help To Curb Malnutrition

In spite of the abundant arable landmass and human resources in Jigawa State, poverty has remained pervasive, multifaceted and chronic.

According to the 2017 report of the National Bureau of Statistics on Nigerian poverty assessment, poverty is widespread in Jigawa State with absolute poverty incidence reported being more than 74.1%. Although this percentage was an improvement on the 2007 statistics which was 90.9%, it is still alarming because it is higher than the national average of about 61%. The report went further to show the different ranks of poor people in the state. There were the core poor, 35.6%, very poor, 5% and moderately poor, 56%. It was reported too that the majority of the poor were in rural areas.

Jigawa State has a population of about 3.6 million people and life expectancy as of 2001 was 52 years with the Total Fertility Rate of  6.2 children per woman of childbearing age, which is a little above the national average.

Despite its relatively young population, Jigawa has the worst nutrition indices in the country. This low nutrition indices have led to the prevalence of stunting and underweight, estimated to be between 63.4% and 40.6% respectively, among children.

Statistics obtained from UNICEF shows that the problem of malnutrition is grave in Jigawa State. Statistics In 2016 indicated that 600,000 children were malnourished out of 1, 100,000 children in the state. While 165,000 children between the ages of 59 months to 5 years were severely malnourished and 32,000 of the number would likely die if they did not receive help.

Available information shows that 102,000 children from zero to six months in Jigawa State are not exclusive breast-feeders. Exclusive breastfeeding is known to be the most effective preventive measure against malnutrition because it provides infants the right combination of nutrients they need and prevents infection from food and water.  However, it is detrimental when mothers do not exclusively breastfeed their babies as it is one of the major causes of malnutrition and stunted growth among infants and children.

A lack of essential vitamins is another cause of malnutrition among children. In Jigawa, 650,000 children from six months to five years did not receive vitamin A supplements. Also, pregnant women did not get the vitamin supplements they needed for the proper growth of their unborn children. For example, reports show that 117,000 of the 205,000 pregnant women in the state did not take iron supplements for the prevention of anaemia during pregnancy.

In an interview with Mrs. Hassana Abdullahi, a mother of a malnourished child in Jigawa State, she said life has been hard for her with caring for a malnourished son and going to the farm to eke out a living. “All we need is an assistant from anyone willing to help us so that we can fight poverty and have healthy children like other people in society”, she said.

She further lamented that the poor often cannot afford to grow or buy food and the resources needed to get access to food are inequitably distributed.

Because of the challenges facing the poor, she resolved to fight scarcity of food, a problem plaguing the poor. In line with this, she is working hard on her farm to provide adequate and nutritious food for her children.

247urporets learnt that poor nutrition accounted for a large proportion of the deaths of children under the age of five. A low literacy rate and high poverty among women were other factors.

It was also observed that a lack of conducive environment for effective policy, planning and coordination of nutritional activities across sectors, government agencies and levels of government were seen as a significant contributing factor for the deaths of many children.

Like other NGOs and donor agencies, UNICEF has been providing preventive and curative nutrition services to address the multi-factorial causes of malnutrition. The services include promoting optimal maternal, infant and children feeding practices, integrating healthy nutrition, providing potable water and enforcing sanitation regulations.

From January 2018 to date, WHO has provided 127 Severe Acute Malnutrition kits to 30 stabilization centres in the North including Jigawa and 8,000 children were treated for medical complications.

WHO mobile health teams and community resource persons have provided more than 750,000 mothers and caregivers with lifesaving health messages on the feeding of infants and young children and key household practices for childhood survival in the North.

Moreover, WHO has trained over 300 health professionals through its intensive six-day training course on inpatient management of severe acute malnutrition (SAM).

However, more work needs to be done by all partners to fully address the situation. It has, therefore, become essential for NGOs and Government at all levels to review its strategies and activities to ascertain what has worked, what didnt work and how to restrategize for the challenges ahead.

There is a need for all partners to mobilize and continue the efforts to provide urgently needed relief to affected children currently suffering or who are malnourished.

There is also a need for the federal and state governments and NGOs to put in place nutrition coordinators and planning mechanisms as intervention measures to curb malnutrition and save children lives in Jigawa State.

To achieve the goal of attaining a maximum nutritional status by the year 2021, Jigawa State Government needs to improve food security in the community and households to reduce undernutrition among infants, children, adolescents and women of reproductive age.

A total reform in the health sector to improve services, counselling and support for pregnant and lactating women at the community and health facility levels in line with the structures of the states primary health care development agency would help in reducing malnutrition in rural areas where the majority of malnourished children live.