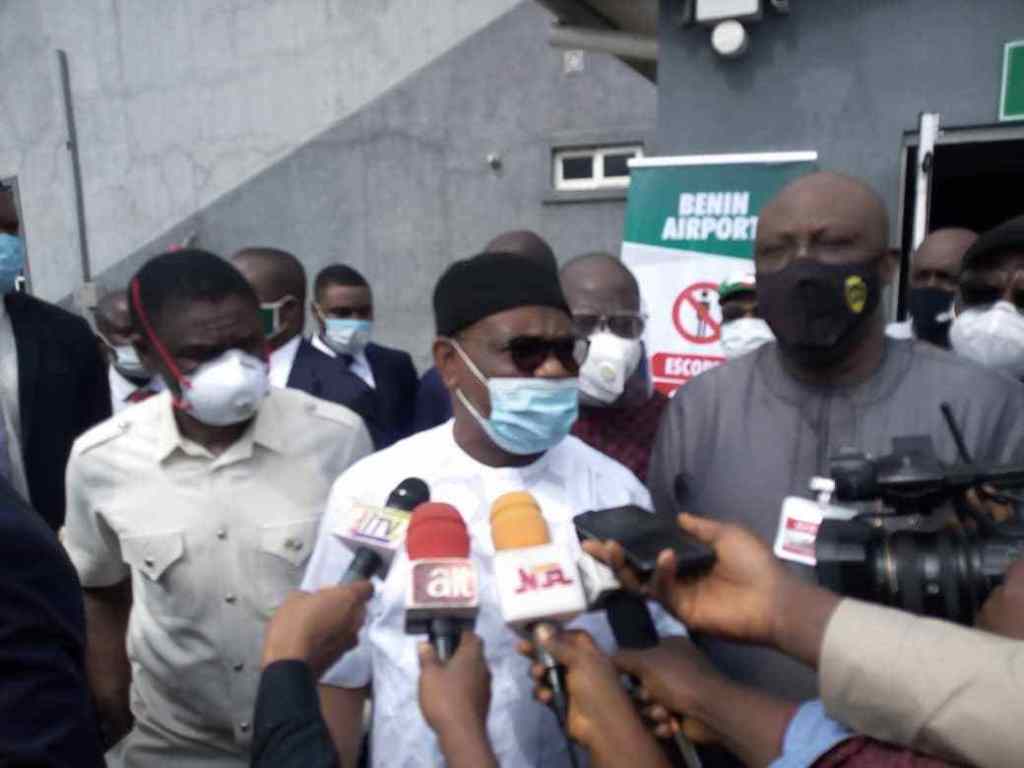 The duo were sited at the VIP Lounge of the Benin Airport, where they addressed journalists and restated the commitment of the PDP and governors of the South South geopolitical region to retain Edo State as a PDP state.

Senator Dino Melaye, who represented Kogi West at the Senate, has also arrived the state for the flag-off of the governor’s campaign.

BREAKINGTIMES gathered that more governors from the South-South region and other PDP governors from across the country are expected to grace the flag-off event, which is holding at the Lawn Tennis Court of the Samuel Ogbemudia Stadium in Benin City, the Edo State capital.