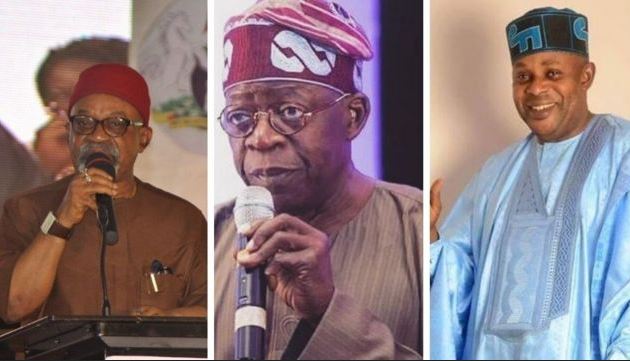 The Arewa Youths for Peace and Security, AYPS, has condemned what they see as unfair attack on the All Progressives Congress, APC, national leader, Asiwaju Bola Tinubu by the Minister of Labour and Employment, Dr Chris Ngige when the latter appeared before a House of Representatives adhoc committee earlier in the week.

Ngige, a former governor of Anambra state had while fielding questions from the committee on alleged breach of Presidential directive in his suspension of the management of the Nigeria Social Insurance Trust Fund, NSITF, argued with Hon. James Faleke, reminding the latter that he was at the same level with his mentor and former governor of Lagos state, Bola Tinubu.

Reacting to the development, however, President of the association, Alhaji Salisu Magaji chided Ngige for his outing saying “the clownish and uncivilized attitudes of some top government officials of the Buhari administration that obviously exhibit unpreparedness for the nitty-gritty and challenges of governance,” is becoming worrisome.

The group, therefore, urged the minister to immediately apologize to the former Lagos state governor without further delay.

Magaji accused the minister of condescending too low “by appearing at the hallowed chambers of the National Assembly only to exhibit traits comparable to those coming from a disoriented class.”

The Arewa youths in the statement quoted copiously Ngige’s words before the committee as saying in his argument with Faleke, a member representing Ikeja Federal Constituency: “I am a Lagos boy. You are just a small boy in Lagos. Look at this boy. Mushin boy is talking to VI (Victoria Island) boy. I live in Victoria Island. Look at Mushin boy from Kogi o. You are Ogbologbo. Just go. I no get time for you. Kilonshele?”(Meaning what is wrong with you in Yoruba).

They further quoted Ngige as saying “Faleke they say is up to 60. I don’t know if you are near my age but I am at least seven years older than you. I’m sure. I am at the same age with your mentor in Lagos, Asiwaju, and I was governor with him at the same time. He was a Senator. I was a Senator. I am a two time Minister. He is not a (two time) Minister.”

Magaji condemned the tendency by officials of “the present government” to often attack Tinubu since his purported presidential aspiration became public knowledge despite his denial of such ambition.

“The body language of this government is that it detest Tinubu becoming the next President of Nigeria and are ready to stop him and the question is what are they afraid of?” the statement continued.

The group added that no amount of efforts put in by anyone can stop the emergence of Tinubu as Nigeria’s next President “if it destined by God because only him gives power.

They further advised those working against the purported aspiration to talk about issues instead of resorting to attack personalities who risked their lives fighting for the survival of democracy in the country.