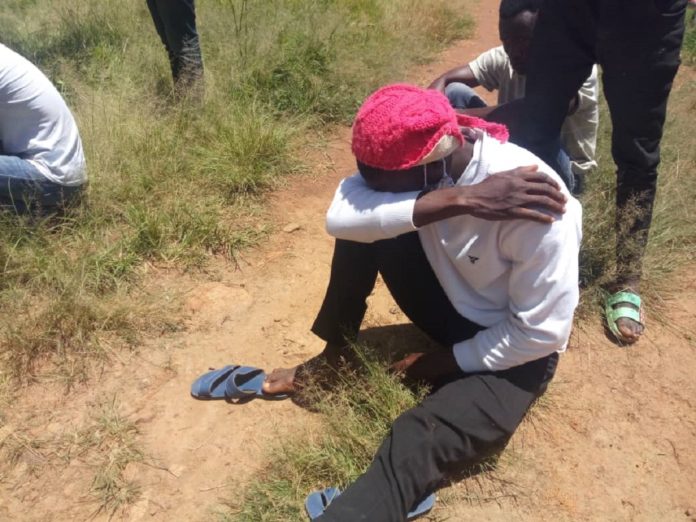 Maren was shot in the leg and chest while keeping vigilance on Monday evening with fellow youths in Fit-ma-Kusho village of Mazat/Marit Ward of Barkin Ladi Local Government Area, located 15kms north east of the Plateau State University, Bokkos.

Armed men believed to be herdsmen had invaded the village shooting at random but Maren and his fellow watchmen managed to distract them at the outskirts saving over 500 women and children.

“He was not armed. None of us was,” said an eyewitness on guard with him, Mr. Dadung Bulus Wash, “But we moved together in clusters, crawling in grasses as the attackers opened rapid shots on us,” he said.

The attackers, after trying and failing to take out the ambushers, retreated but took cover in nearby bushes, unknown to the villagers.

When the deceased attempted to change position after about 30mins of ceasefire, a resuming gunfire from the bushes hit him in the leg, exposing his position, it was gathered.

The attackers rushed him with more gunfire, said eyewitnesses and fled soon after, before securities arrived.

“His shouts before giving up made the attackers to flea, afraid that other watchers might pounce on them.

“He gave his life to save the entire village,” said leader of the Community, Mr. Ishaya Musa.

The attack was not the first in the locality, said a former Councillor, Mr. Tigana Buba.

Weak security presence has made communities in the area more vulnerable, said Buba.

Armed government securities have however not been spared in the attacks.

Two Policemen were shot and their rifles stolen in another attack same night in Barkin Ladi General Hospital, 10kms from Fit-ma-Kusho village.

A civilian guard in the hospital was however killed, it was gathered.

“This is a challenge that government must admit and rise to face without playing politics,” said the former Councillor of Mazat/Marit Ward, Tigana Buba.

Officials have repeatedly denied the existence of insecurity in the State, a situation observers say is preventing relevant help from reaching the State.