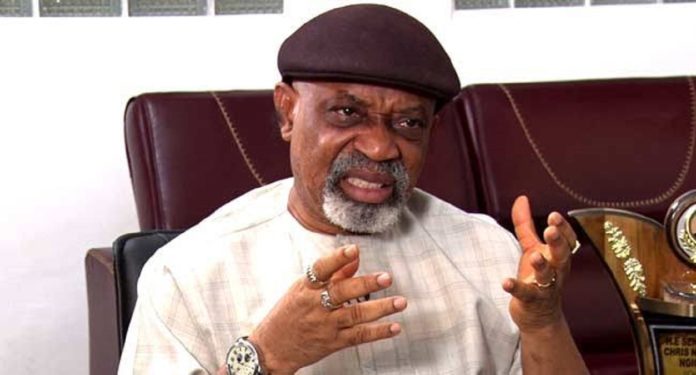 Ngige made the allegation at an investigative hearing at the House of Representatives on the alleged illegal suspension of the management of the agency.

The minister claimed that the management withdrew the amount through fake contracts, proceeds of which were recycled into private pockets.

According to him, there were also irregular payments of salaries and allowances of N10 million not in line with the condition of service of the organisation or any reference to the Office of the Minister.

He also claimed that the suspended management went on leave abroad in first class with their spouses and paid themselves N9.8 million each without the approval of the Secretary to the Government of the Federation.

Ngige further accused them of engaging the services of legal practitioners at the sum of N180 million without the approval of the Attorney-General of the Federation.

He added that they also spent N146 million on vehicles, and on May 31, 2020, awarded 30 contracts worth N332 billion, splitted into smaller components of N49 million.

According to the minister, the splitting of the contracts was to enable the transactions fall within the threshold allowed by law for the management to award.

He added that since 2012, the NSITF had not submitted records of its audited accounts to the Office of the Auditor-General of the Federation, in line with the extant laws.

The minister noted that the Economic and Financial Crimes Commission (EFCC) had since dragged the NSITF management to court on corruption charges.

On the alleged illegal suspension of the NSITF management, Ngige said that their suspension was approved by President Muhammad Buhari, following his recommendation.

However, when asked to tender documentary evidence of the presidential approval, the minister only showed a letter to the lawmakers, but refused to tender it as evidence.

Ngige told the lawmakers that he would consult with the President before tendering the letter approving the suspension.