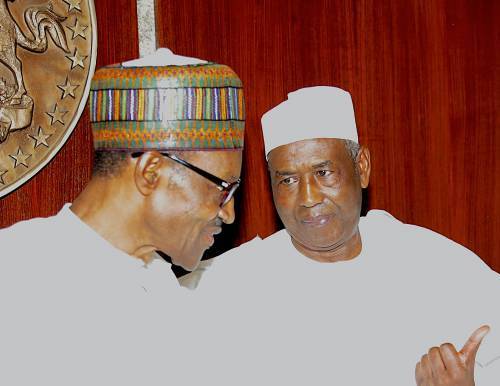 The first of the cabal to die was the former CoS Abba Kyari who contracted Covid-19 early March.

The circumstances surrounding Funtua’s death is still unravelling. But he was said to have fallen ill around 6pm July 20.

He even drove himself into the hospital where he was later pronounced dead,” the Daily Nigerian quoted a source close to the family.

“He had planned to see his doctor before proceeding to go and barber his hair, preparatory to this in-coming month of Zulhijja in which Muslims who intend to slaughter ram are not expected to cut their hair until after Sallah celebrations.”

He died not too long after that.

While many suspected cardiac arrest as the cause of the death, there are other possibilities, considering the prevailing public health emergency Covid-19 and Funtua’s age—78.

A former minister and elder statesman, Funtua was the founder of Bulet International Nigeria Limited, the largest wholly owned indigenous construction company in Nigeria with a track record of building many of the public edifices in Abuja.

With two of his right-hand men dying while Covid-19 lasts, Buhari’s health has increasingly become a subject of national security.

There was a shooting spree in June when one of his PAs, Sabiu Tunde Yusuff stole out of the villa only to be thrown back out when he returned—for fear of having being exposed in Lagos, the epicenter of the pandemic.