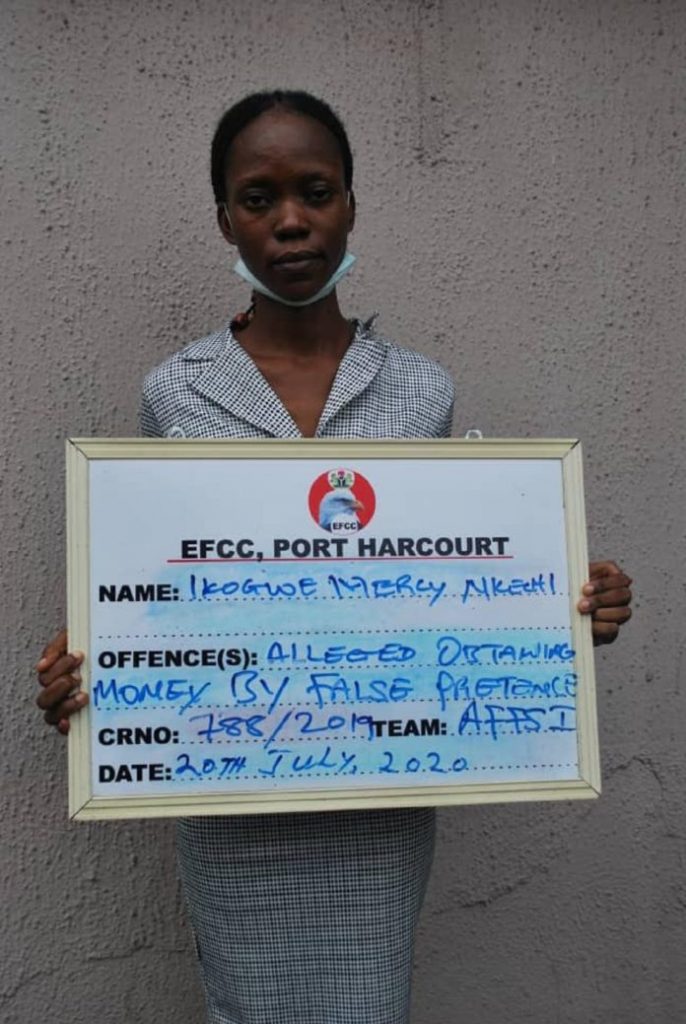 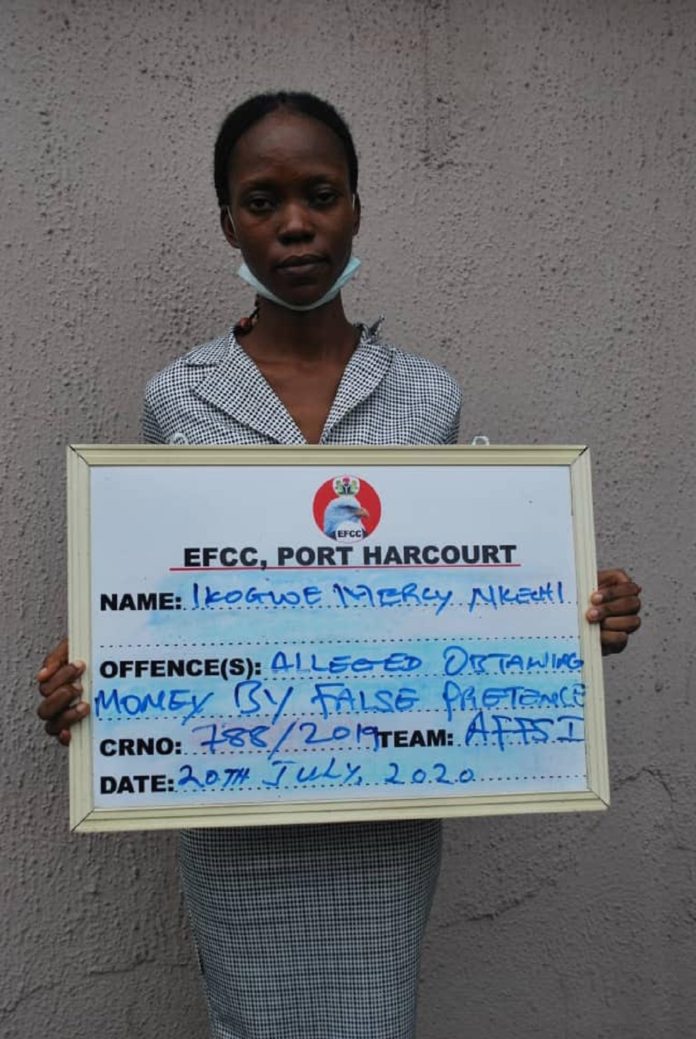 The Economic and Financial Crimes Commission EFCC, Port Harcourt’s Zonal office on Monday, July 20, 2020 arraigned Nkechi Mercy Ikogwe, Elites Finance Investment Limited and Efinc Global Investment Limited  before Justice E.A Obile of the Federal High Court sitting in Port Harcourt, Rivers State on a three count charge bordering on Conspiracy and Obtaining Money by false Pretence contrary to Section 1(1) (a) of the Advance Fee Fraud and Other Fraud Related Offences Act No. 14, 2006  and punishable under Section 1 (3) of the same Act.

The defendants pleaded “not guilty” when the charges were read to them.

One of the counts read: “That you Nkechi Mercy Ikogwe, Elites Finance Investment Limited and Efinc Global Investment Limited sometime in 2019 in Port Harcourt, Rivers State within the jurisdiction of this honorable court with intent to defraud, obtained the sum of One Hundred and Seventy Nine Million, Three Hundred and Twenty Six Thousand, Three Hundred and Eighty Six Naira,Sixty Two Kobo (179,326,386.62) by inducing unsuspecting members of the public to invest with your companies:Elites Finance Investment Limited and Efinc Global Investment Limited, assuring them under a false pretence of making 15% interest on all investment made, a representation you knew to be false, and thereby committed an offence contrary to Section 1(1) (a) of the Advance Fee Fraud and Other Fraud Related Offences Act No. 14, 2006  and punishable under Section 1 (3) of the same Act”.

In view of the plea by the defendants, prosecuting counsel, K. W Chukwuma-Eneh prayed the court to fix a date for commencement of trial.

But counsel to the defendants, G. N Godwins moved an oral  application  for the bail of the defendants which was opposed by the prosecution on the ground that the application must be in writing, and properly addressed to the court.

Justice Obile ordered that the 1st defendant be remanded in prosecution’s custody and adjourned the matter till October 19,2020 for determination of the bail application.

Mercy ran into trouble when the Commission received a report  about the defendant and two others,  accusing them of inducing their victims into participating in a fraudulent  investment scheme with a fake promise of 15 percent return on investment.

Over Fifteen Million Naira (N15,000,000.00) was paid by the unsuspecting ‘investors’ into the defendant’s accounts, Nkechi Mercy Ikogwe with account numbers 2087478165 domiciled in Zenith Bank and Miss Joy Okari Ibiala 2099253758 domiciled in UBA

Further investigation revealed that the defendant spent a total sum of N139,704,097 collected from subscribers to play sport betting and also paid tithe of N1m to a leading Pentecostal church in Port Harcourt.