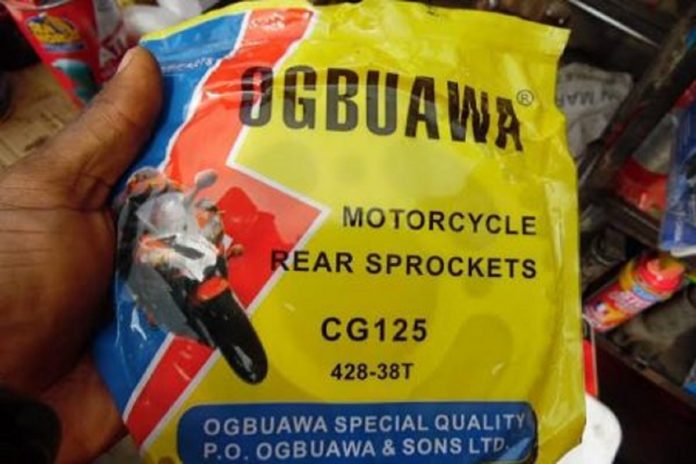 The crisis rocking the family of the late Nnewi based business magnet, Chief Pious Ogbuawa (YOKO President) took dramatic dimension recently with the sons engaging the social media to attack some of their father’s business partners, viz: Mr. Fang Du, a Chinese partner, Nonso Ukatu of the NONSEC Ltd; as well as Augustine Jideofor Emmanuel (a importer), which, our correspondent gathered, threatened their business relationship.

In the said online publication, Ogbuawa’s children accused the said business partners of the attempt to hijack their family business by forcing them to sign bogus agreement that might pull the business down.

“The trio contrived a figure of over 400,000USD as debt owed by the company to one Fang Du, a Chinese, and cajoled  us, Uchenna and Onyedika Ogbuawa, to sign an agreement to pay the debt.

“The trio have already extorted the sum of 100,000USD out of the sum from the unsuspecting and innocent sons and legitimate heirs of late Chief Ogbuawa. Less than 2 weeks after extorting 100,000USD from us, they also concocted some stories and used police to freeze our business accounts. They also got police to get us, the sons of Ogbuawa, arrested and arraigned in court.”

Also in the said publication, Ogbuawa’s children also accused their father’s third wife of having sexual relationships with his late father’s business partners; an accusation that sparked crisis in both Ogbuawa’s household and the business.

But, in a statement, yesterday, titled: “A Retraction and Apology,” signed by Ogbuawa’s second son, Onyedikachi,  who is also a director in Ogbuawa and Sons Ltd, the children said they were withdrawing their earlier stand on the matter; adding that they were misled in doing online publication of 13th July, 2020; which, according to them, damaged the reputation of the affected business partners of Ogbuawa and Sons Ltd.

The statement reads in part: “For the past few days, the social media have been trending with the news of feud between my elder brother, Uchenna Ogbuawa and myself, in one side, and Mr Nonso Ukautu and Mr Augustine Jideofor Emmanuel, aka Austin Emmanuel, on the other.

“We have carefully reviewed the situation, and particularly retrospected on the invaluable assistance rendered to my late father by Nonso Ukatu, in view of the activation of credit sales relationship with Fang Du, a Chinese partner. I have, therefore, come to realisation of the fact that the raging fight between us and the above mentioned gentlemen, is unnecessary.

“The press release made by my elder brother and myself on 13th July, 2020, wherein damaging allegations were made against Nonso Ukatu, Austin Emmanuel and the DPO of the Central Police Station, Nnewi, is hereby, retracted by me.

“We were wrongfully advised and misled into subscribing to the said publication, which was against my wish and all that I had always stood for. I have, at all times, been a peaceful person, who will not subscribe to unnecessary acrimony or hostility in resolving any issue.

“The agreement for payment of debt owed our Chinese partner, Fang Du, by P.O Ogbuawa and Sons Nig. Ltd, was executed willingly and willfully by us under a circumstance devoid of any inducement, harassment or coercion.

“It is the wish of P.O Ogbuawa and Sons Ltd, which I am one of the directors, to continue to transact business with Mr. Fang Du and Nonso Ukatu, and honestly hope that the incident of the last few days will not truncate the said relationship,” he concluded.