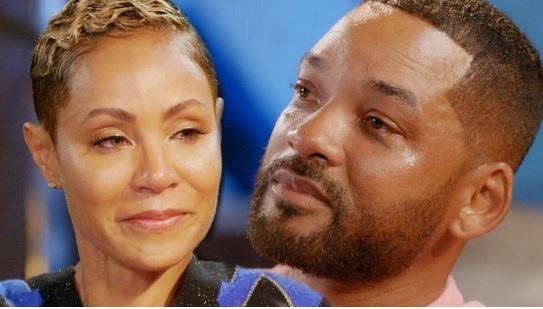 Red Table host, Jada Pinkett-Smith, has revealed she had an affair with singer, August Alsina while her marriage to American actor, Will Smith had issues.

The Red Table Talk host made the revelation while addressing Alsina’s claim of a relationship between them.

August during an Interview had revealed that he had a relationship with Jada while she was still married to Will.

He also claimed that her husband, Will Smith, gave him the permission to date his wife.

However, the interview had generated a lot of controversy and the duo decided to straighten things during her Red Table show.

Both Will and Jada admitted that she and August had a romantic relationship 4 and a half years ago but claimed they were separated at the time and didn’t think they’ll get back together.

The couple also denied August Alsina’s claim that Will Smith gave him permission to date Jada, adding that Will couldn’t have given permission since he was not with Jada at the time.

According to Jada, her relationship with August began due to the concern about his health.

She also said that despite her relationship with August, their marriage was still as strong as ever.

She said, “ l met August around four and a half years ago, and we later became very good friends.

“It all started with him just needing some help with his health and mental state.

“The relationship later turned into a different type of entanglement.

“However, the only person that had the right to give permission to the relationship in that particular circumstance was myself but I feel what August was trying to communicate was different because he didn’t want people to think he was a home wrecker.

“I just wanted to feel good, because it has bee long since I felt so good and It also felt nice helping somebody to heal.”

She also said she learnt a lot about herself for that period of her life and it was equally weird that her relationship with August was coming up now when it happened “long time ago.”