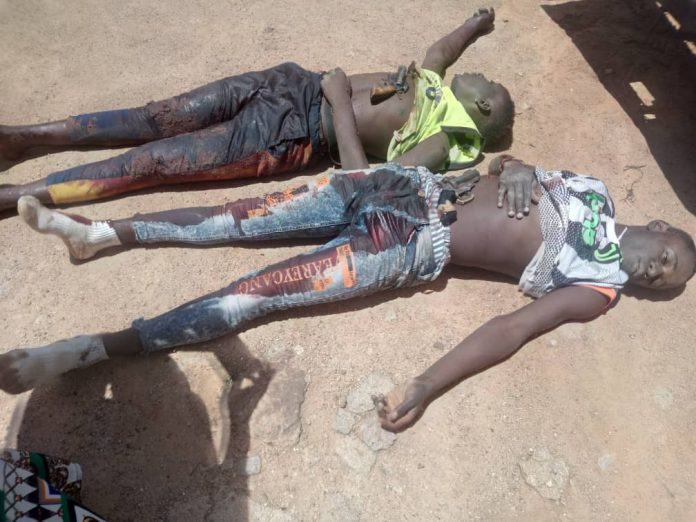 Two notorious armed robbers terrorising Jos metropolis met their waterloo on Thursday as troops of the Military Task Force also known as Operation Safe Haven (OPSH), shot at them following a tip off.

According to report from the OPSH Command, troops chased the robbers as they were attempting to escape from a robbery scene but lock ran out of them as they were fired by a more superior gun fire.

The robbery which took place at Rock haven area of Jos North Local Government Council, witnessed people scampering for safety during the exchange of gunfire.

“The robbers were attempting to flee on a motorbike when troops engaged the suspects in a gun duel forcing them to flee in disarray. During the encounter, 2 suspected armed robbers were neutralized by the troops and 2 locally fabricated pistols were recovered.

“The corpse of the suspected armed robbers have been evacuated by the Police and normalcy has since returned to the general area”, a statement from the OPSH said.