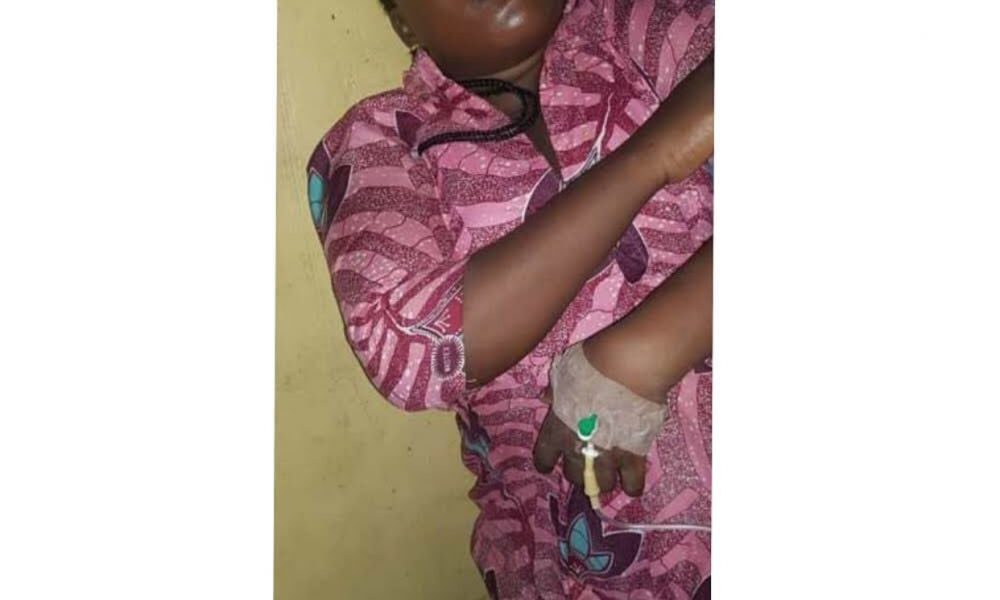 A lady, identified as Bukola Agboola, was on Thursday, rescued by neighbours after attempting suicide.

The mother-of-two was said to have committed the act in her residence at No. 2 Kuburat Lawal Street, Abule-Egba, Lagos. It’s reported that Bukola drank a poisonous substance on the basis of being frustrated by life’s hardship.

She was, however, rushed to Ile Epo General Hospital by her husband’s brother who was living nearby. Speaking on the hospital bed, Bukola, revealed that she was tired about life and maltreatment by her husband, Mr Wasiu Agboola, who she said, used to beat and inflict her with pain.

She also claimed that her husband forced her, on Thursday night, to break into her improvised save (Kolo) to buy foodstuffs for her children who barely ate any food days back.

Iya Idris, as she is fondly called by her neighbours, was said to have suffered so much in the relationship. Her neighbors, who pleaded anonymity, confirmed that her’s was an unending case of battering.

According to the neighbours, the husband, Agboola who is a bike man , often resorts to beating her up anytime they had  disagreement especially when he is demanding for sex from a woman who barely had anything to eat, most times she gets thrown out on the street in the cold by him.

The neighbours noted further that whoever intervened to give succour to the family, gets a fight from him. They further pleaded with government agencies in charge and human rights group to come to the rescue of Mrs Agboola and her children.