Chart/Analysis: Nigeria’s Budget Review Every Year Since 1999– What’s Going On?

At various times, Nigeria’s budgets have been feted as “the highest ever”. However, for some years Nigerians have been asking if such appelations are true.

Nigeria maintains a peg for converting the naira to the dollar, which in relative terms represents true value.

Starting from 1999, the date where budgets became easily accessible by law, we have compared the budget announced each year to its value in US dollars at the average rate of the year in which the budget was announced.

Using the budget chart published by SBM Intelligence, an agency that “provides analysis of the Nigerian socio-political and economic situation through such means as may prove to be expedient to the purpose”.

Responses to the above statistics, posted November 2017:

“The dollar equivalent should have been put side by side.
Not many have this understanding of how bad the Naira has sunk…we just see rising budget, and think it means more spending/wasting.
This annotated diagram should make more meaning to us common folks”– Olaleke Folaranmi, via Twitter.

“The upward trend of the figures could mislead someone to think in terms of more developments. If adjusted for inflation due to Naira devaluation, the figures may whittle down to may be pre 1999”,– Eng. Aliyu Jari via Twitter.

“We are over budgeting & not learning from our past. You plan your expenditures from expected revenue. If #2017Budget wasn’t implemented up to 50% because of insufficient projected revenue, what strategies are in place to raise your revenue by over 50% to fund this #2018budget?”– Dr. Obinna Ebirim via Twitter.

“10 things to note about the Revised 2020 Budget:
Projected oil revenue down by 65%
UBEC & BHCF down by a whopping 54% & 43%
Budgets for Nigerian Education, Federal Ministry of Health, nigeria and Federal Ministry of Women Affairs are down by 25%, 20% & 38% respectively. Meanwhile, security sector remains untouched “– BudgIT tweeted six days ago.

BudgIT Nigeria has further urged Nigerians to  probe deeper into the budget situation with the simple, but provoking sentence: “Your thoughts?” 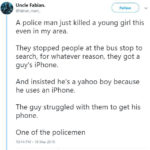 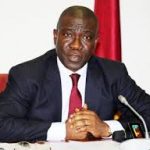 Southeast PDP reacts to attack on Ekweremadu in Germany